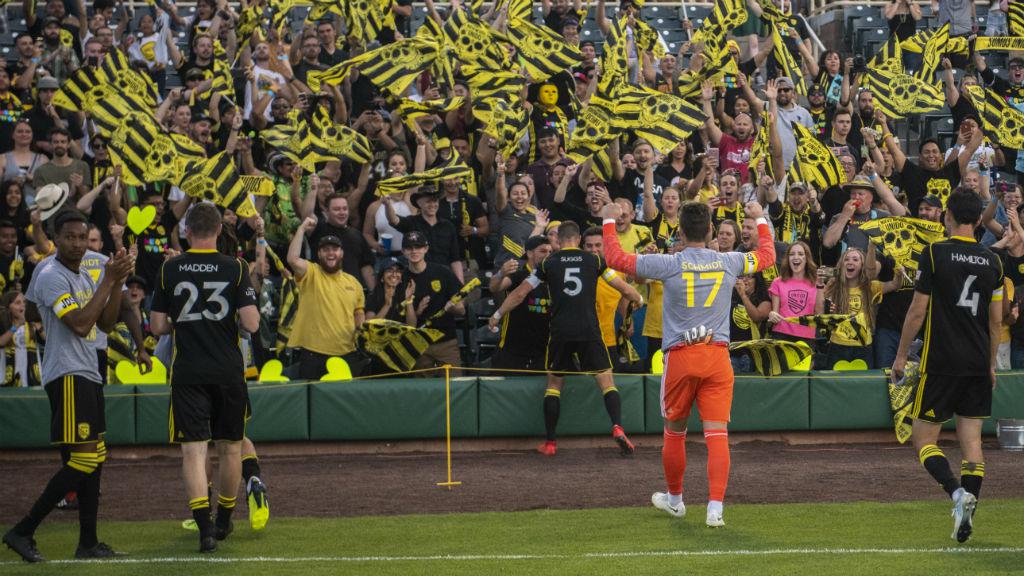 For someone in my position, there’s nothing quite as satisfying as making a prediction and watching it come to fruition.

That said, there’s always the risk of being flat-out wrong and getting burned on social media for it. (Once again, I’d like to take this opportunity to apologize to the still red card-less Kevon Lambert.)

As I’ve recently come to realize though, in some cases it is possible to be both right and wrong.

In January, I wrote a column about the squad that New Mexico United was building and ended it with this statement: “There’s little doubt in my mind that United is currently in the best position of the seven expansion clubs to succeed in 2019 and beyond.”

Given that New Mexico enters its Wednesday Night Soccer showcase against OKC Energy FC (9 p.m. ET | Match Center| ESPNews) sitting atop the Western Conference standings with 24 points from its first 13 games and leading the Championship in attendance, averaging a crowd of 12,302 fans at Isotopes Park, I think it’s fair to say that statement still rings true today.

But my previous piece, titled ‘Why New Mexico United Can Compete for the 2019 USL Cup’, may have also sold the club short.

As we enter June, we can safely say that NMU is more than capable of just competing for the USL Cup. It could very well go on and win it. And if it does, New Mexico would become the greatest expansion franchise the Championship has ever seen.

Yes, that means it would even surpass the 2014 Sacramento Republic FC squad that I used to set the bar for Championship expansion sides just five months ago. That year, Sacramento went 17-4-7 (55 pts) to finish second in the regular-season standings and went on to lift the USL Cup, all while rewriting the league’s attendance records in the process.

Despite the changes to the Championship over the past five years – the number of teams has blossomed from 14 to 36 and the regular-season schedule has expanded from 28 to 34 games – it’s hard to avoid comparing the two clubs even at this early stage.

On the field, New Mexico’s points earned per game average of 1.84 currently falls just shy of Sacramento’s 1.96, but there’s no doubt that United has played the more entertaining brand of soccer to achieve similar results. If it continues its current pace, NMU would better Republic FC’s total of 49 goals scored in 2014 by a remarkable 15 goals over a 28-game season. And given that New Mexico has only played five home games so far this year – where it averages a league-leading 2.8 goals per game – that pace could possibly be on the low end.

Head Coach Troy Lesesne’s squad currently boasts the Championship’s top two goalscorers in Kevaughn Frater (10) and Santi Moar (9), and one or both of them could conceivably match Thomas Stewart’s 11-goal total – which led Republic FC back in 2014 – on Wednesday night against Energy FC.

Off the field, New Mexico’s accomplishments have been equally impressive. As I mentioned earlier, the club leads the Championship in attendance and is one of just three teams (Indy Eleven and Republic FC) to average over 10,000 fans per game so far this season. NMU, which has already sold over 11,000 tickets for Wednesday’s contest, also continues to pace ahead of Sacramento’s 2014 record-setting average attendance of 11,293.

As evidenced by the invigorated crowds at “The Lab”, New Mexico has also made an impressive impact in its community. The club’s Cinco De Mayo fiesta was a resounding success and it has already been very active on social media in support of LGBT Pride Month, posting quotes from players and staff over the past few weeks to advertise Wednesday night’s “Pride on the Pitch Match”.

“I look forward to the day when we classify ourselves simply as humans. Beautiful, compassionate, loving humans.”

“Love has to be free and there should be protection for ALL couples. Love doesn't hurt. Hate does.”

While New Mexico seems to be doing everything right so far both on and off the pitch, there is still plenty of work to be done to make my prediction from January come good.

The club will have to carry this early momentum through not only its match against Energy FC on Wednesday night and this weekend’s tantalizing clash against Republic FC, but through the rest of the campaign and into future seasons as Sacramento has done on its way to becoming one of the Championship’s preeminent clubs.

It’s a high standard to bear, but I’m confident that New Mexico has what it takes to sustain that level of success for the foreseeable future.

And you better be watching when it does.