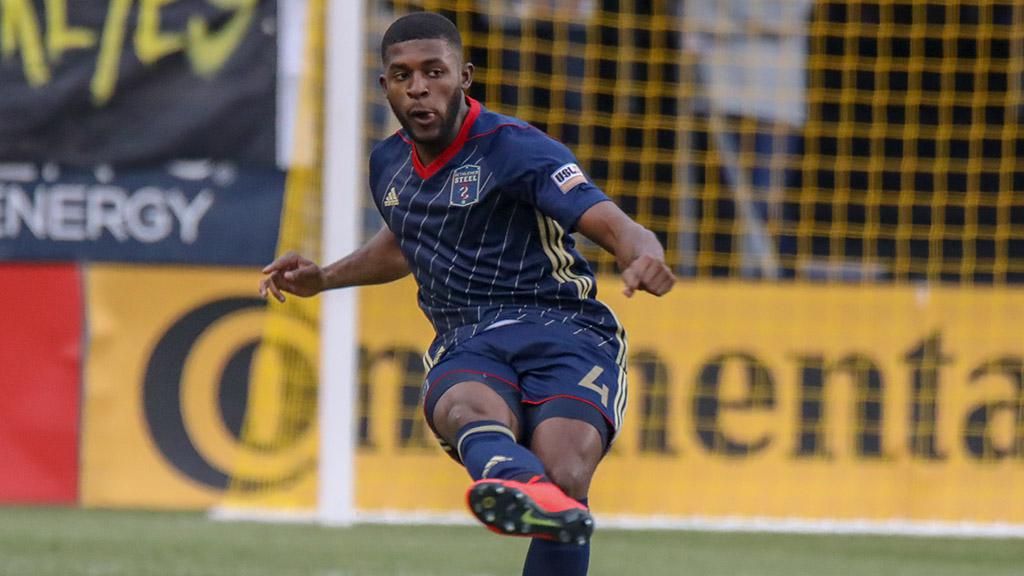 Bethlehem Steel FC center back Mark McKenzie was named the captain of the United States U-20 National Team this week ahead of Friday's opening game of the 2019 FIFA U-20 World Cup in Poland. | Photo courtesy Bethlehem Steel FC

BIELSKO BIALA, Poland – The United States U-20 National Team kicks off its campaign at the 2019 FIFA U-20 World Cup on Friday afternoon with its opening game in Group D against Ukraine at the Bielsko Biala Stadium. Kickoff is set for 2:30 p.m. ET.

The United States enters the FIFA U-20 World Cup as the champions of Concacaf having taken victory in the confederation’s tournament last November at IMG Academy in Bradenton, Fla.

Twelve players in Head Coach Tab Ramos’ squad have competed in the USL Championship, USL League One and USL League Two prior to their selection for the tournament.

The United States has reached the Quarterfinals in each of the past two editions of the FIFA U-20 World Cup.

Ukraine finished top of Group 4 in UEFA Qualifying last spring with a 2-0-1 record that saw it sit one point ahead of Romania to take the group’s spot at the U-20 World Cup.

Only three members of the Ukrainian squad play outside their home country, with two competing in Spain and one in Russia.

Andriy Lunin, Goalkeeper – Lunin is on the books at Real Madrid and spent this past season on loan at fellow La Liga club Leganes. He has made three appearances for Ukraine’s senior national team.

Group D’s action kicks off earlier on Friday as Qatar and Nigeria meet at Tychy Stadium at 12 p.m. ET. The game can be seen live on Fox Sports 2.