Here’s What You Need to Know as Legion FC, NSC Prepare to Clash 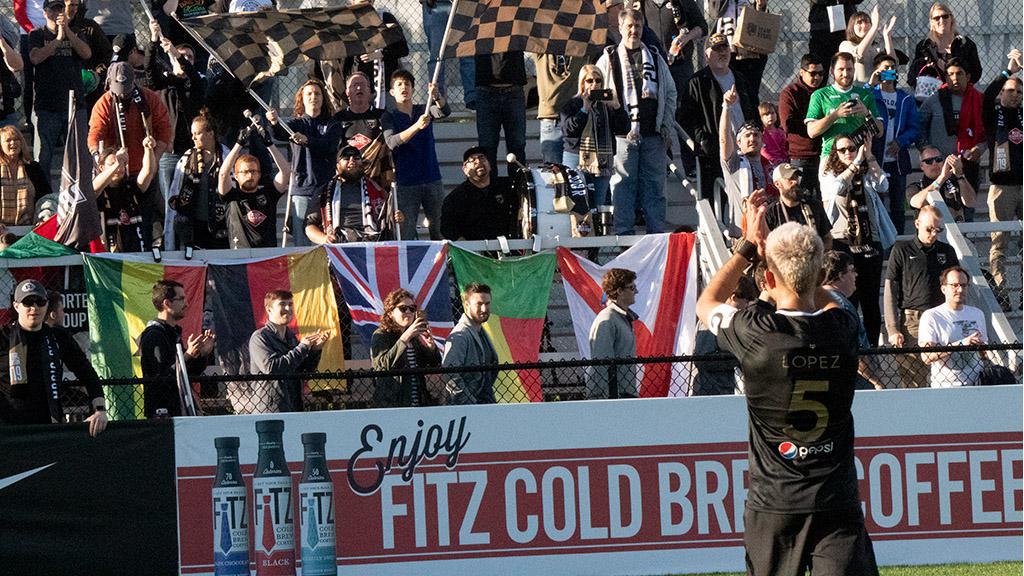 BIRMINGHAM, Ala. – Birmingham Legion FC will take to the national spotlight for the first time in its history on Wednesday night when it welcomes Eastern Conference contender Nashville SC to BBVA Compass Field (8 p.m. ET | Match Center | ESPNews) in the USL Championship Game of the Week on ESPN.

Legion FC, one of seven new teams to the Championship this season, will follow in the footsteps of some of the other expansion sides that have had the honor to host nationally televised games so far this campaign, with New Mexico United, Memphis 901 FC and Austin Bold FC having already done so.

Before Birmingham tries to follow Austin and New Mexico’s lead in picking up three points at home on the big occasion, here are three storylines we’re keeping an eye on going into the clash of regional rivals.

PLAYING SPOILER, AGAIN: Wednesday night’s clash will mark the first time Birmingham and Nashville meet in league play, but it won’t be the visitors’ first trip to BBVA Compass Field. This preseason, Legion FC hosted Nashville in a soft opening for the soccer-specific stadium and while the occasion was a rousing success, the game wasn’t one Birmingham Head Coach Tom Soehn will remember fondly. NSC forward Cameron Lancaster opened the scoring in the 31st minute and teammate Tucker Hume doubled that lead on the hour-mark before assisting on Ropapa Mensah’s tally with four minutes remaining to seal a convincing 3-0 result for the visitors. Nashville Head Coach Gary Smith would love nothing more for his side to come in and put on a repeat performance in front of another big crowd.

YET TO BLOOM: April showers are supposed to bring May flowers, but the opposite has been true for Legion FC over the past month-and-a-half. Birmingham went unbeaten in April (2-0-1) and added an impressive away victory over Saint Louis FC to its resume but has yet to find the win column in four May outings (0-2-2). Legion FC has found the back of the net just twice this month, with both of those goals coming in a 2-2 draw against Memphis 901 FC, while conceding 10 times. That will have to change if the side hopes to have success against a Nashville squad that has gone 2-1-1 so far this month, with its only defeat coming in an ESPN Game of the Week appearance two weeks ago against Championship leader the Tampa Bay Rowdies.

STARS UP FRONT: Daniel Rios may have been the second-biggest signing of Nashville’s stellar offseason – behind the aforementioned Lancaster – but he has certainly provided more early returns than his teammate, who claimed the Championship’s Golden Boot with 25 regular-season goals in 2018. Rios, who finished in a tie for second for last season’s award with 20 tallies for North Carolina FC, has netted seven times in 11 appearances and sits in a tie for third place on the league’s 2019 goalscoring chart. His opposite number on Wednesday night will be Chandler Hoffman, who sits third on the Championship’s all-time scoring list with 60 career goals. The Birmingham native earned All-League First Team honors twice (2014, 2017) before signing for his hometown side this offseason. Hoffman shares the team-lead with two goals in nine appearances so far this season but knows more will be needed to help his side reach the postseason in its inaugural year. Expect him to try to make a big impact with the bright lights centered on his hometown.