Four years on from inaugural match, Coopers, St. Louligans have been integral to rivalry’s growth 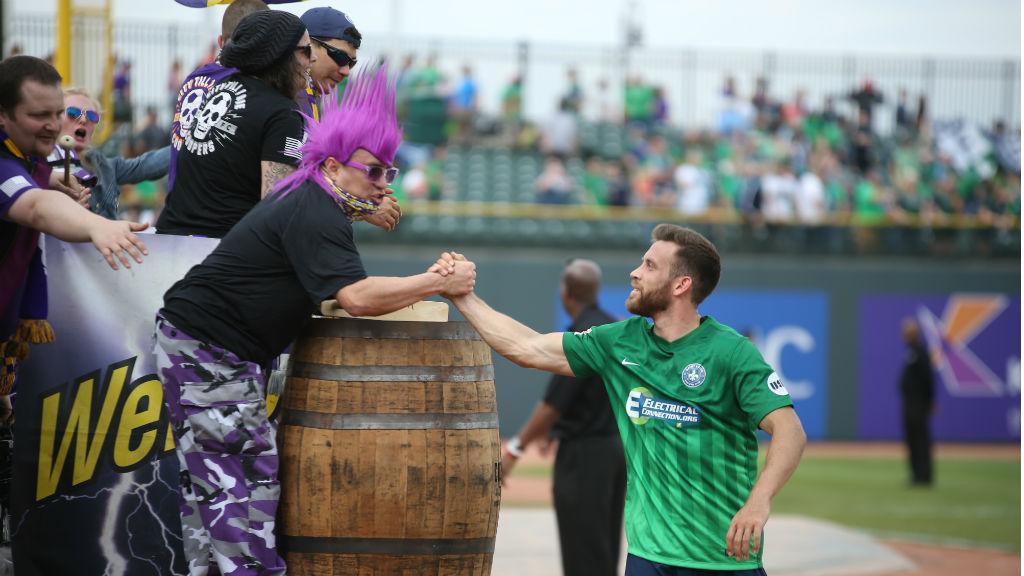 Before Louisville City FC and Saint Louis FC met at Slugger Field in their inaugural Championship match on March 28, 2015, there wasn’t much of a sporting rivalry between the two midwestern cities they call home.

“Louisville is crazy about their college sports and their event in the Kentucky Derby, whereas St. Louis is unbelievably passionate about their professional sports teams and maybe less attached to their collegiate ties than Louisville is,” explained Louisville fan Evan Floyd earlier this week. “I think that’s the biggest difference.”

Floyd, who has lived in both cities but resided in Kentucky’s largest metropolis for the past seven years, would be one to know. And as one of LouCity’s first 50 season ticket holders, he was there to experience the match where that started to change.

“I think a lot of fans showed up not really knowing what to expect from USL soccer, from Louisville City FC soccer or from soccer culture in general,” said Floyd. “I give a ton of credit to Saint Louis and their fan support because that first game they showed up with a great crowd of between 50 and 100 people for an away game and I think that really gave The Coopers and gave the rest of the Louisville City fan base a shot in the arm.” 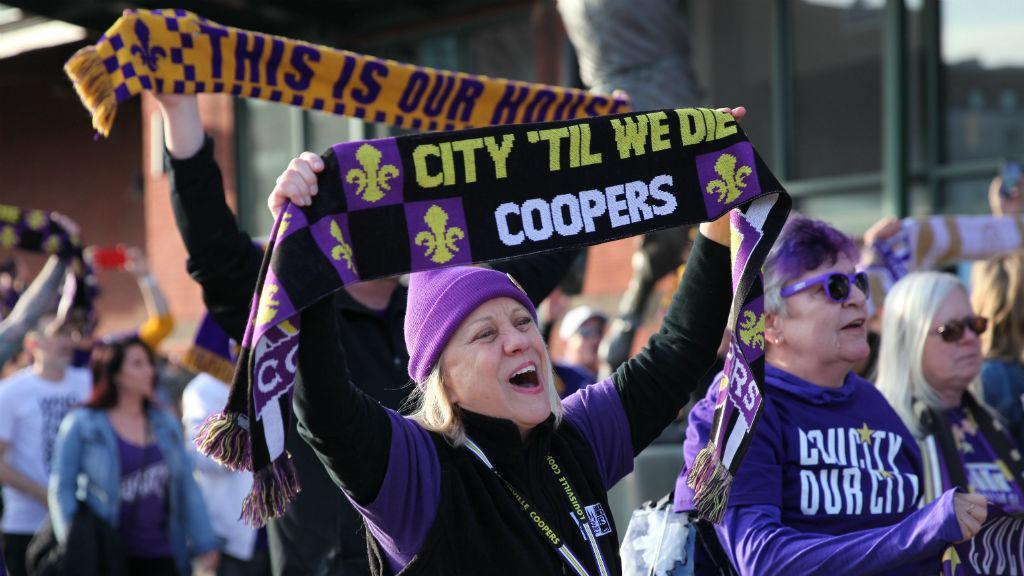 “We came into the league at the same time, we both had new fans joining us and it was just something to rally around that first year because you really don’t have a rivalry when you come into the league brand new,” DeMunbrun said. “We just kind of made it up and it’s gone so well. Both [sets of] fans get along, I mean we’re both midwestern cities, we’re both similar people, so it just kind of fits.”

Ever since that first meeting, which Louisville won 2-0, both sets of fan bases have been making the nearly 300-mile trip on Interstate 64 to support their side on the road against its regional rival. While Louisville has enjoyed most of the success on the field over the past four years – LouCity leads the all-time series 4-1-3 and has outscored STLFC 18-8 in eight league meetings – the fans have gotten even more enjoyment out of the rivalry by creating a bond with the opposing side.

“Since the very first game of the very first year, the fan bases have been very welcoming and nice with each other,” said Alex Miner, President of LouCity supporter’s group The Coopers. “It’s been a case of let’s drink and hang out together before the game, during the game we are enemies, then after we party together again. There hasn’t really ever been bad animosity between the fan bases or the clubs, only friendly competition with some trash talk to top it off.”

This year figures to be no different.

DeMunbrun says that the St. Louligans have a pair of buses bringing approximately 100 members to Louisville for Saturday night’s contest (7 p.m. ET | Match Center | ESPN+), which will see two of the top five sides in the Eastern Conference meet in a high-stakes affair.

“We’ll get there probably an hour or two before kickoff and we usually meet up with The Coopers somewhere, either at a tailgate or at Against the Grain Brewery there in Slugger Field and just hang out with those guys, have a few beers, I mean it’s a friendly rivalry,” said DeMunbrun. “We like to give each other grief online but you know when we go there or when they come here, we usually tailgate together.”

Miner says the tailgate will last until about 30 minutes prior to kickoff when The Coopers begin their march to the match and take the party inside the stadium for the night’s main event.

“The atmosphere is always electric at Slugger, especially when STLFC comes to town,” said Miner. “The Louligans travel very well and bring their drum line too so it should be amazing.” 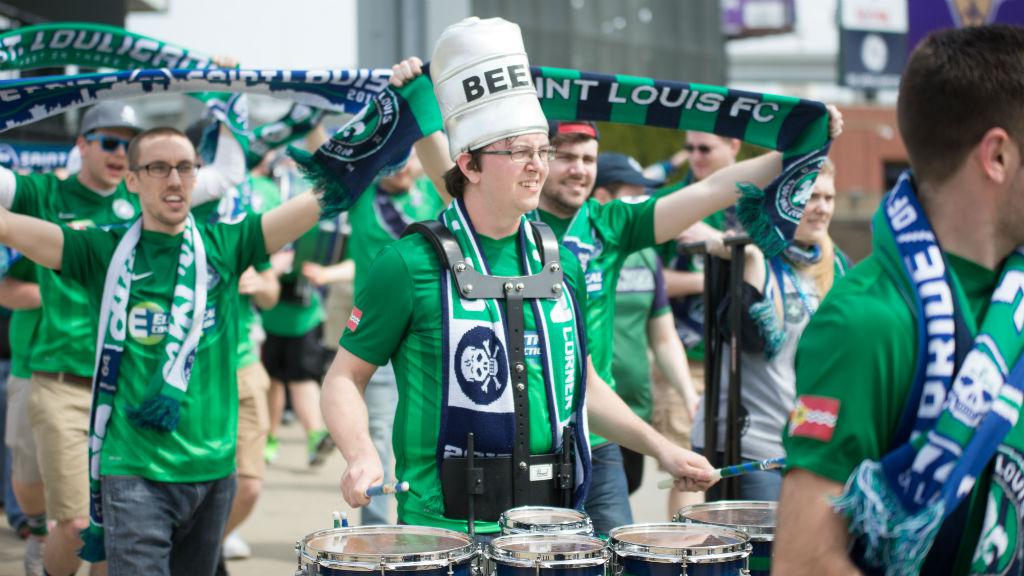 While the Kings’ Cup Derby atmosphere is typically top-notch and both teams’ solid starts to the season should amplify things even further, this first matchup in Louisville also means more after Saint Louis’ stint in the Western Conference last season.

Louisville and Saint Louis did square off in the Third Round of the Lamar Hunt U.S. Open Cup last year, but 2018 marked the first Championship season without a Kings’ Cup Derby. With Saint Louis returning to the Eastern Conference this offseason, these games once again mean just that little bit more.

Floyd and many others hope it stays that way for the good of the rivalry.

“If Saint Louis stays in the East for the foreseeable future, you’ll see Saint Louis and Louisville become one of the marquee rivalries in the USL just because it’s great fan bases with great respect for one another and the King Louis connection is a nice little touch,” said Floyd. “So, I think that if these teams get to play each other two, maybe three times a year over the next three-to-five years, you’ll see this really blossom into something special.”