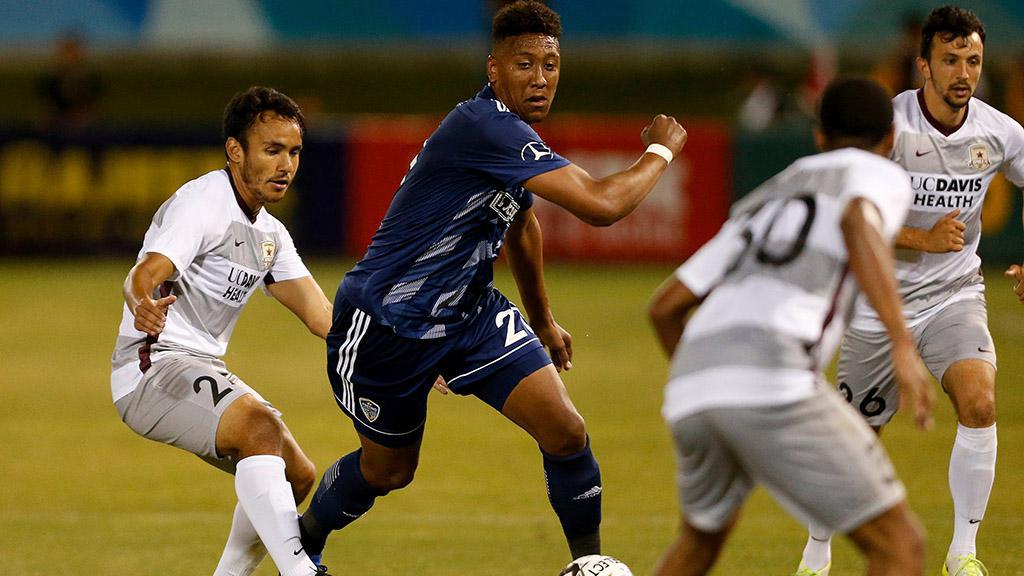 Sacramento Republic FC and Fresno FC will get a Lamar Hunt U.S. Open Cup edition of the Highway 99 Derby on May 29 when they meet at Papa Murphy's Park in the tournament's Third Round. | Photo courtesy Kiel Maddox / Fresno FC

CHICAGO – Nineteen USL Championship clubs advanced to the Third Round of the 2019 Lamar Hunt U.S. Open Cup over the past two nights, setting up a handful of notable rivalry contests for the Third Round to be played on May 28 & 29 for the opportunity to take on opposition from Major League Soccer in the tournament’s Fourth Round this June.

Leading the way is the Highway 99 Derby between Sacramento Republic FC and Fresno FC as the two northern California rivals square off for the second time this year at Papa Murphy’s Park. Both Republic FC and the Foxes earned narrow victories in their Second-Round contests, and Fresno will be hoping it can gain a little revenge after Sacramento earned a 1-0 win when the sides met at Chukchansi Park on May 8.

Austin Bold FC will welcome Copa Tejas rival San Antonio FC to Bold Stadium after both sides cruised to two-goal victories on Tuesday night. Bold FC may enter the contest as the favorite having posted an undefeated record at its home venue this season, a record that included victory against San Antonio in the inaugural game in Bold Stadium’s history.

Louisville City FC and Birmingham Legion FC will clash for the third time this season after having already split their two regular-season meetings over the past two months. Legion FC claimed victory in its last visit to Louisville and will be hoping for a repeat performance as it makes its debut in the Open Cup this year.

Two sides that contest the Four Corners Cup are also set to meet with Colorado Springs Switchbacks FC playing host to New Mexico United at Weidner Field. New Mexico advanced past Phoenix Rising FC in a penalty shootout in one of the marquee games of the Second Round and will get to test the waters in Colorado this weekend as it visits the Switchbacks on Saturday night for the first league meeting between the clubs.

The action will kick off on Tuesday, May 28 with the lone inter-conference matchup between Championship sides in the Third Round as OKC Energy FC plays host to the Tampa Bay Rowdies, while Wednesday will also see some intriguing contests between Pittsburgh Riverhounds SC and Indy Eleven, Nashville SC and the Charleston Battery, and Memphis 901 FC and Hartford Athletic.

Elsewhere, North Carolina FC will face one of the top stories of this year’s Open Cup so far in the Florida Soccer Soldiers, and Las Vegas Lights FC will look to defend its undefeated record at Cashman Field against Orange County FC.