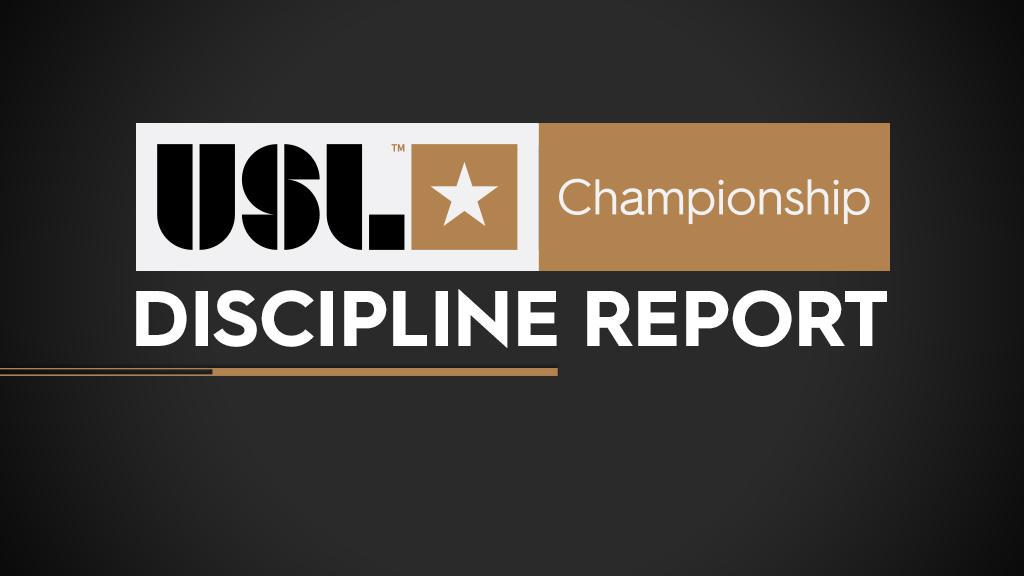 TAMPA, Fla. – The following is the USL’s discipline report for Week 11 of the 2019 USL Championship season:

Both New Mexico United’s Santi Moar and El Paso Locomotive FC’s Yuma have been suspended for one game following their red cards for violent conduct during the contest on May 12 at Southwest University Park. Moar will be unavailable for NMU’s contest this Saturday against Colorado Springs Switchbacks FC, while Yuma will be unavailable for Locomotive FC’s game this Saturday against Sacramento Republic FC.

San Antonio FC’s Moises Hernandez has been suspended for one game after receiving his fifth caution of the regular season on May 11 against Orange County SC. Hernandez will be unavailable for San Antonio’s game this Saturday against Tulsa Roughnecks FC.

Louisville City FC’s Niall McCabe was suspended for one game following his red card for serious foul play against the Swope Park Rangers on May 6. McCabe served his suspension this past Saturday during Louisville’s contest against Birmingham Legion FC.

Fresno FC Head Coach Adam Smith was suspended for one game following his dismissal from the technical area for irresponsible behavior during his side’s game against Sacramento Republic FC on May 8. Smith served his suspension this past Sunday when Fresno played the LA Galaxy II.

Bethlehem Steel FC’s Cole Turner has been suspended by the league’s Cross Competition committee following his suspension from USSDA competition for the Philadelphia Union academy. Turner will not be available for selection by Steel FC until June 22’s contest against the Tampa Bay Rowdies.

The following players enter the upcoming matches one caution away from a yellow card accumulation suspension. Here is the breakdown per club: