ARLIA: Winners and Losers from Week 10 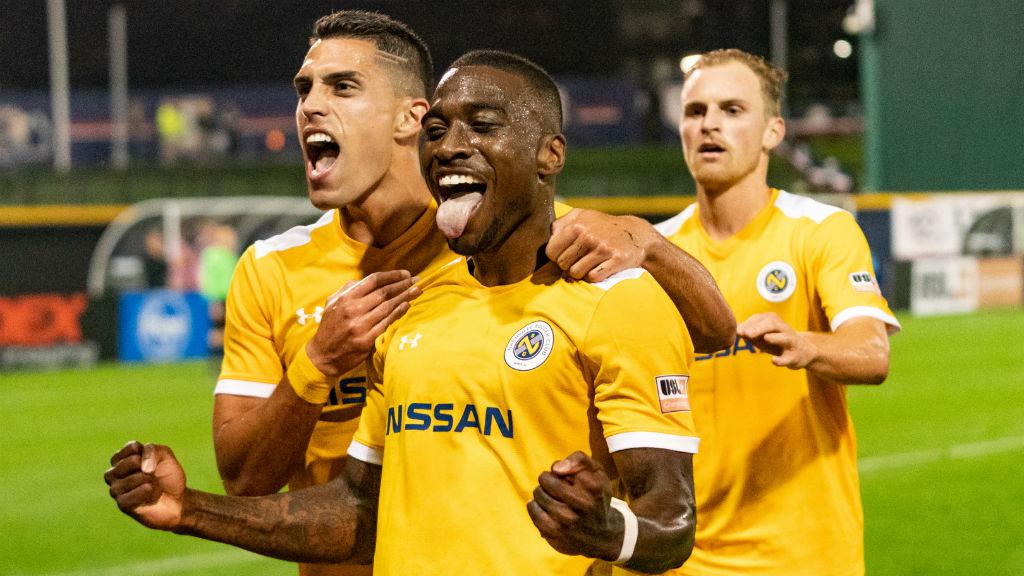 Nashville SC was one of Week 10's big winners as its offseason attacking acquisitions came through in a big way against the Swope Park Rangers. | Photo courtesy John Wilkinson / Nine 12 Creative

From some stunning strikes to a Zidane-like double sending off, Week 10 of the USL Championship provided a little bit of everything. Here are my winners and losers from the last seven days:

Name a stronger relationship than Phoenix Rising FC and $1 Beer Night. I’m waiting… Rising FC welcomed 6,715 fans to Casino Arizona Field on Friday night for the latest installment of the Championship’s most successful promotion and then sent the crowd home happy with a 3-1 victory over Rio Grande Valley FC. The occasion marked the club’s eighth consecutive sellout and tenth straight victory on $1 Beer Night, a statistic that had soccer and beer enthusiasts alike buzzing on social media.

Given this clear winning formula, it’s a bit of a surprise that we haven’t seen more Championship clubs work $1 Beer Nights into their own promotional calendars. Though, that may change soon if Las Vegas Lights FC Head Coach Eric Wynalda has anything to say about it.

It’s safe to say that Hartford Athletic’s inaugural campaign hasn’t started the way that Head Coach Jimmy Nielsen envisioned. The club continued its poor run of form on Friday night when it suffered a 2-1 home defeat to fellow expansion side Memphis 901 FC at Rentschler Field. After the game, Nielsen took a different approach to his post-match interview and called out his players instead of shouldering the blame.

“I had a high expectation going into this game here. And right now I'm very, very, very, very disappointed. That is an unacceptable performance from us,” Nielsen said. “99 out of 100 times, when we don't perform, I take the full responsibility. But I'm not doing that today. This is 100 percent on the players. Unacceptable performance from the first to the last second of the game. We came in here extremely well prepared. We knew what we wanted to do defensively, offensively. But we didn't execute.”

While the statement was atypical, it was deserved according to goalkeeper Jacob Lissek.

“Yeah, I mean, I agree we didn't perform it at all,” said Lissek. “We didn't have a commitment and it's not acceptable. And that's how you let frustration get the best of you…”

Hartford will try to turn things around on Tuesday when it takes on the New York Cosmos B in the Lamar Hunt U.S. Open Cup before returning to Championship play next Saturday against fellow expansion side Loudoun United FC.

After a slow start to the season, the Championship’s preseason favorites are finally starting to heat up. In addition to Phoenix’s $1 Beer Night success, this weekend also saw back-to-back USL Cup winner Louisville City FC and Eastern Conference rival Nashville SC produce arguably their best performances of the season. Louisville was able to move past last Monday’s surprise setback against the Swope Park Rangers and control its contest against Birmingham Legion FC from start to finish. Magnus Rasmussen’s goal put the visitors ahead just six minutes in and they never looked back as they claimed revenge on Legion FC after falling 3-2 at Slugger Field in March.

Thought to be Louisville’s biggest threat to the Eastern Conference crown at the beginning of the season, Nashville SC finally lived up to the billing with a five-star performance at home against the Rangers. NSC’s offseason acquisitions of Daniel Rios, Kharlton Belmar and Cameron Lancaster combined for four goals and two assists as the home side blew the game open in the first 16 minutes with three quick-fire strikes. If Nashville keeps up that kind of attacking play, watch out.

Another week gone and we’re still no closer to seeing a team distance itself from the pack in either conference. The top 11 teams in the West are separated by just four points, while the leaders in the East are only eight points clear of the playoff line. The Tampa Bay Rowdies remain the league’s only unbeaten side, but they have failed to make the most of their strong start by settling for a draw in half of their 10 matches.

Anybody know which team has the longest winning streak in the Championship right now? It’s Las Vegas Lights FC at two games. No one else can currently match it. That should show you just how hard it has been to win games consistently in the league this season. Also, Lights FC’s two-game run may not seem like much, but it’s pushed the club from the West’s bottom three to sixth place. That’ll do nicely.

In case you haven’t been paying attention, the Championship’s race for the Golden Boot is starting to look like the upcoming Democratic Presidential Primary: There are a lot of candidates. And just like the Primary and the logjam in the league standings, it’s way too crowded and early to predict a winner. The Golden Boot field has gained a handful of credible candidates over the last week, with forwards finding the back of the net in consecutive games jumping to the forefront.

El Paso Locomotive FC’s Jerome Kiesewetter and Reno 1868 FC’s Corey Hertzog have bagged four goals over their past two outings, while the trio of Deshorn Brown (OKC Energy FC), Adam Jahn (Phoenix Rising FC) and Irvin Parra (Las Vegas Lights FC) have joined the conversation with three tallies in their past two games. Whoever continues to stay hot could be top of the pile before too long.