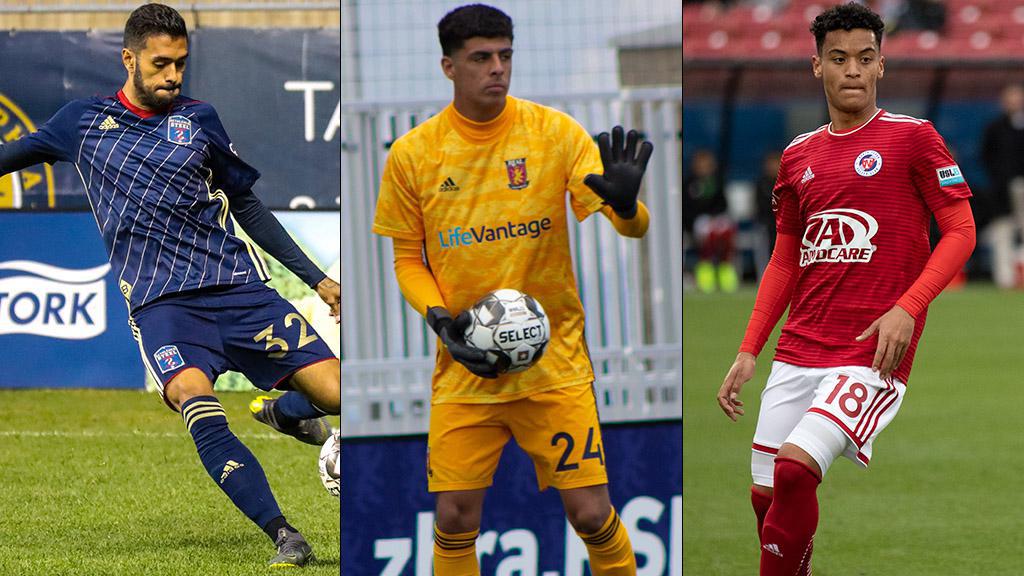 CHICAGO – Twelve players that have competed in the USL Championship, USL League One and USL League Two are heading to the 2019 FIFA U-20 World Cup after the official 21-man roster for this year’s tournament in Poland was announced on Friday by Head Coach Tab Ramos.

“I am excited for the players who will get the chance to be able to participate in a World Cup. It’s an unforgettable experience and one that they will value forever,” said Ramos. “This is always an extremely tough decision to make as a coach. There were an additional four or five players who also really deserve to go this time.”

The 12 players selected with Championship, League One and League Two experience represent an all-time high in representation for the USL at the tournament, which two years ago saw nine of its current and former players suit up for the U.S. squad.

Among the group are some of the key figures that led the United States to victory at the Concacaf U-20 Championship late last year, including former LA Galaxy II midfielder Alex Mendez, who took home the Golden Ball as the tournament’s best player. He is joined in the midfield contingent by Chris Durkin, who made 14 appearances on loan with the Richmond Kickers in the Championship, current North Texas SC standout Brandon Servania, who has played every minute of the club’s inaugural USL League One season, and Richie Ledezma, who competed for Real Monarchs SLC as an Academy signing before moving overseas to join PSV Eindhoven.

A current standout for the Monarchs is included in the three goalkeepers selected, with David Ochoa earning his place in the squad after a standout start to 2019 that has seen him sit second in the league with 30 saves and two shutouts in seven appearances for Real. At 18 years old, Ochoa is one of three players in the squad who will also be eligible to compete in the 2021 edition of the tournament.

Two players who have featured for Bethlehem Steel FC are included in the defensive unit, with Mark McKenzie and Matt Real both earning selection. The captain of the U.S. U-20s at the Concacaf U-20 Championship, Real has made 48 appearances for Steel FC in his career. That duo is joined by current Richmond Kickers defender Aboubacar Keita and former New York Red Bulls II defender Chris Gloster, who competed for the Red Bulls II during the club’s USL Cup-winning campaign in 2016.

Rounding out the group is the lone player with League Two experience in the squad with former Boston Bolts forward Justin Rennicks named to the squad after recording six goals in 13 appearances for the U-20 National Team in his career. He is joined in the attacking group by former Toronto FC II standout Ayo Akinola, who enters the tournament with the most goals in this cycle for the U-20s having notched nine tallies in 12 games, and former LA Galaxy II forward Ulysses Llanez, who recorded two goals and one assist in 12 appearances for Los Dos as an Academy signing before joining the Bundesliga’s Wolfsburg.

The side is bidding to reach the tournament’s quarterfinals for the third consecutive time and to potentially follow in the footsteps of fellow USL alumni such as Tyler Adams, Jeremy Ebobisse and Erik Palmer-Brown, all of whom have since gone on to make their full national team debuts.