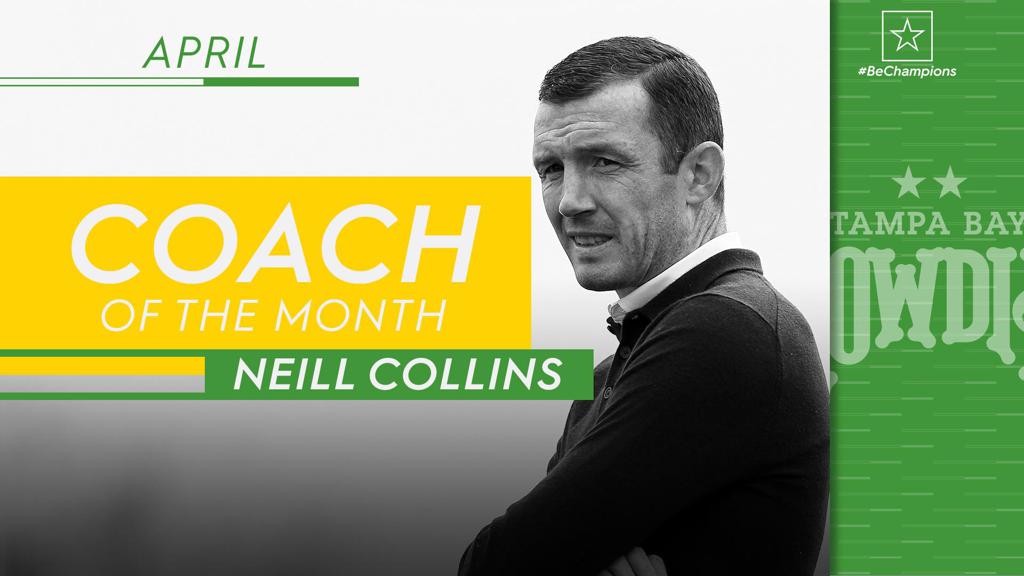 TAMPA, Fla. – The Tampa Bay Rowdies’ Neill Collins has been voted the USL Championship’s Coach of the Month for April after maintaining his club’s undefeated start to the season that has it in contention for first place in the Eastern Conference.

Collins entered his first full season as the Rowdies’ Head Coach this year and has led the team to an undefeated record through its first nine games of the season. The former center back has built the best defense in the league, with the Rowdies entering Wednesday night’s game against Nashville SC (8 p.m. ET | ESPN2) with more shutouts (5) than goals conceded (4) in league play.

“I'm very thankful to receive this recognition but all the credit goes to the players and all the backroom staff,” said Collins. “Everyone has put in so much hard work every day behind the scenes that goes unnoticed but is vital in what we are trying to build at the Rowdies. We've not reached our full potential yet and we look forward to continuing to grow as a club as the season progresses.”

Collins received 71 percent of the poll to claim the award ahead of Rio Grande Valley FC’s Gerson Echeverry, who received 12 percent of the ballot as led his side to an undefeated month in April that catapulted the Toros into the Western Conference’s playoff positions.