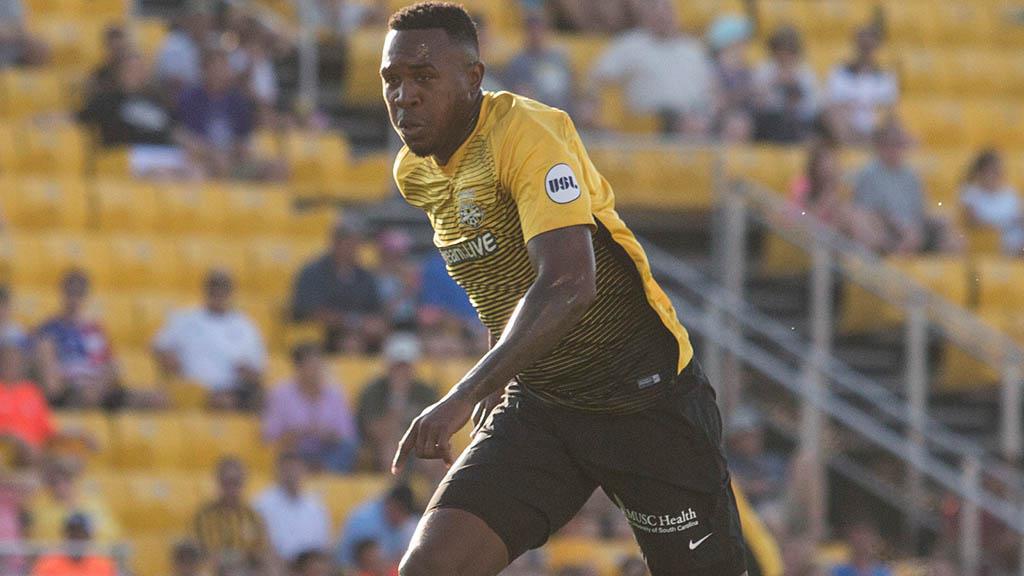 Cordovés is stepping away from the game due to a non-soccer related medical condition, he announced in a statement Friday.

“Today I officially announce my retirement and I assure you, with conviction, that it is not due to my lack of desire to fight or my dedication,” Cordovés said. “Today it’s my body, which is saying ‘stop, that’s enough’ and keeping me away from the soccer pitch.

“That is all that ever could keep me away from it.”

Cordovés continued to thank those who’ve helped him achieve his lifelong dream of being a pro soccer player.

“I would not be where I am right now if it were not for my parents, who supported me and made countless sacrifices to see I had everything I needed in soccer and in life,” Cordovés said. “Thank you to my wife and my kids who have supported and encouraged me every step of the way.

“Thank you to my family members, friends, and all of the clubs and institutions of which I have a been a part of [Ciudad de la Habana, the Cuban National Team, Charleston Battery, Richmond Kickers and Memphis 901 FC]. Thank you for helping me and contributing to my development as a player, and as a human being.”

Cordovés was one of 901 FC’s first signings in November 2018 following a season with the Richmond Kickers, where he scored seven goals. He finished the 2019 preseason as one of 901 FC’s leading scorers and built a reputation within the locker room as a vocal leader.

Memphis head coach Tim Mulqueen praised Cordovés for being a great player and even better person.

“Cordo has been the best teammate and hardest worker a coach could ask for,” Mulqueen said. “We are devastated that he has to step away from the game he loves and has given everything to.

“Heviel had a great preseason with us and even after finding out about his medical condition, he has gone out of his way to help this club succeed. He’s cheered on his teammates, has served as a mentor and has exuded the same passion for the game that brought him to Memphis. He’ll always be a part of this club, and we’ll be rooting for him in everything he does in life.”

Prior to signing with 901 FC, Cordovés experienced an incredible journey from his native Havana, Cuba to the United States that began seven years ago.

Before a 2014 World Cup qualifying match against Canada in October 2012, Cordovés and Cuban National Team teammates Maikel Chang and Odisnel Cooper defected to the United States.

He began his USL Championship career with the Charleston Battery in 2013 where he scored 28 goals in four seasons. He played for Cuban squad Ciudad de la Habana prior to his defection.

Memphis Sporting Director Andrew Bell was President of the Charleston Battery when Cordovés signed his first U.S. contract with Charleston.

Bell echoed Mulqueen on describing Cordovés as a player, teammate and man.

“I’ve known Heviel since he defected from the Cuban national team six years ago and I’ve since had the fortune to watch him grow as a player and as a man,” Bell said. Although I’m very disappointed that the Memphis fans won’t get to see him score his trademark spectacular goals for 901 FC, I am massively grateful that we figured this out before his health was compromised.

“I wish him, his wife and children all the best.”

In all, Cordovés wraps up his career with a combined 36 goals for club and country going down as the most prolific Cuban goalscorer the USL Championship has ever seen.

Cordovés will be Memphis 901 FC’s honorary captain Saturday night when the club takes on his former club, the Charleston Battery at 7 p.m. CT at AutoZone Park. Memphis head coach Tim Mulqueen and Charleston head coach Mike Anhaeuser will present Cordovés with a jersey signed by his teammates, commemorating a remarkable career.