MURRAY: Why Sammy Ochoa is the Most Underappreciated Forward in Championship History 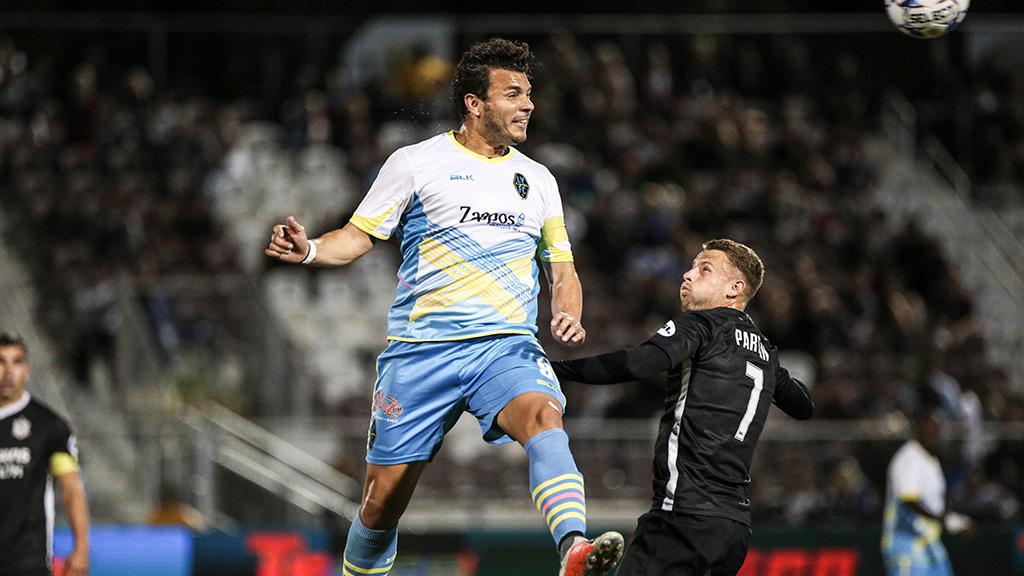 With 43 goals and 25 assists in the USL Championship's regular season, Ochoa is among select company alongside Charlotte Independence talisman Jorge Herrera in the 40/25 club. | Photos courtesy Sacramento Republic FC

It went down as a footnote in Las Vegas Lights FC’s game this past Saturday.

Sammy Ochoa’s goal in stoppage time as he made his second appearance in 2019 after recovering from an offseason injury failed to add any gloss to a 5-2 defeat against Rio Grande Valley FC that saw Lights FC come back to earth after its big win the prior week.

It was the 43rd regular-season goal Ochoa has scored in the Championship since he arrived in the league for the 2014 season, which puts him fifth over the past five-plus seasons. But unlike some of his contemporaries, there hasn’t always seemed to be the same level of admiration and respect that has been offered to the likes of Chandler Hoffman, Dane Kelly or Kyle Greig.

And, in my mind, that’s a shame, because Ochoa has embodied the consistency of effort and ability to make things happen in the final third of the field that every successful team needs.

That’s what makes the 32-year-old the most unappreciated attacking player in the Championship’s history.

“Well, there’s a reason for that,” you’ll say. “Where are the individual accolades? The moments of greatness that lifted a team, the contention for the Championship’s Golden Boot.”

You’ll have a point with this, too.

Only once in the past five seasons has Ochoa been in the Top 10 in the race for the Championship’s Golden Boot, when he racked up 11 goals for Tulsa Roughnecks FC in 2016.

But my counterargument is his reliability. You know what you’re going to get out of Ochoa season in and season out. He’s averaged eight goals and five assists a campaign since 2014, rarely having a boom-or-bust season among them.

And those 25 assists? They put him fourth all-time in the league’s modern history. Only Charlotte Independence legend Jorge Herrera can also say he’s notched at least 40 goals and 25 assists in the Championship’s history, and the level of reverence paid to the Colombian is vast in comparison to the love Ochoa gets.

There have been highlight moments, too. Remember the Goal of the Year candidate he produced for Lights FC a season ago against Phoenix Rising FC?

He’s been unfortunate at times to be the centerpiece on some disappointing teams – that 11-goal 2016 campaign for the Roughnecks saw the side struggle to only five wins as Ochoa proved the lone bright spot. Can you imagine what things might have been like if Ochoa had the chance to link up with Juan Pablo Caffa the following year as the Roughnecks went from last place in the Western Conference to a playoff berth?

Lights FC is back in action on Monday night when it visits the LA Galaxy II, and then the side returns to Cashman Field for a meeting with Sacramento Republic FC on Saturday, May 4. After coming on as a substitute in Las Vegas’ last two outings, Ochoa should have a role to play in both games.

At 32 years of age, Ochoa is into the second half of his career. I’m hopeful that he and Lights FC can find a formula that results in success under Head Coach Eric Wynalda. It certainly would keep things lively in the Western Conference if they can.

But as he nears the half-century mark in goals – and history says Ochoa probably will by the end of this campaign – I also hope people take a fresh look at what Ochoa has brought to the table over the past five years and give him a bit more of the credit that he’s due.