Sacramento to play host to Reno, New Mexico to visit Phoenix for place in Third Round 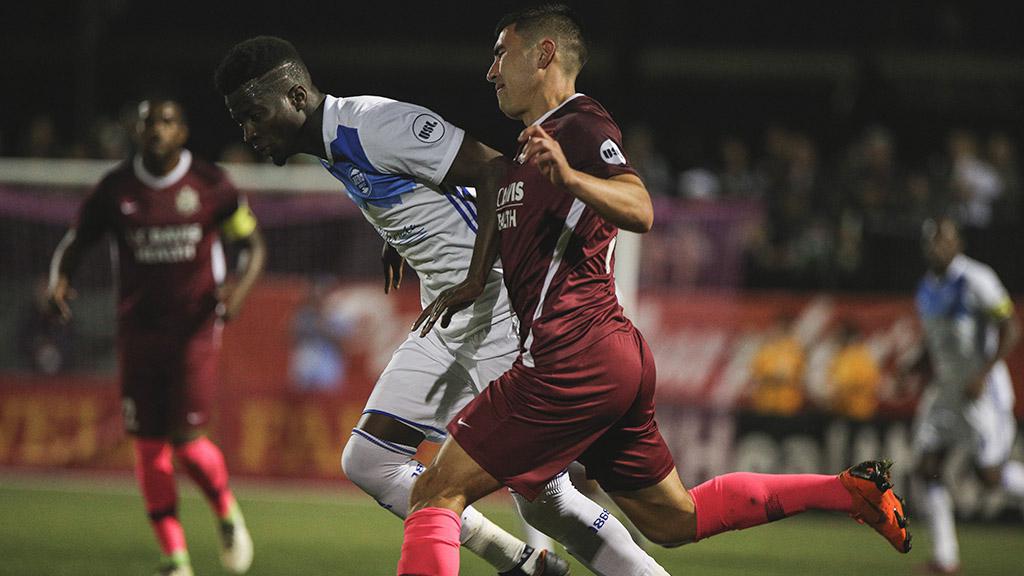 CHICAGO – A pair of rivalry clashes between top USL Championship clubs highlighted the draw for the Second Round of the 2019 Lamar Hunt U.S. Open Cup on Wednesday afternoon, with Sacramento Republic FC and Reno 1868 FC set to square off at Republic FC’s Papa Murphy’s Park and Phoenix Rising FC to play host to New Mexico United at Casino Arizona Field on either May 14 or 15 for a place in the Third Round.

Republic FC and 1868 FC have had a handful of memorable meetings over the past two seasons, with Reno having won both meetings between the sides on Sacramento’s home turf. That included a 3-2 victory last season that saw 1868 FC rally from a two-goal halftime deficit with current leading scorer Brian Brown among those that found the net in the victory. The Open Cup clash will arrive just days after the first meeting between the clubs this season, scheduled for Saturday, May 11 at Papa Murphy’s Park.

As part of the newly-established Four Corners Cup rivalry series, both New Mexico United and defending Western Conference champion Phoenix Rising FC are currently undefeated this regular season ahead of Phoenix’s game on Wednesday night against Austin Bold FC. Those undefeated records include a memorable 3-3 draw between the clubs when they met at Casino Arizona Field on March 16th when New Mexico led three times only to be pegged back by their hosts each time.

Austin Bold FC and Tulsa Roughnecks FC will meet at Bold Stadium in the remaining all-Championship matchup in the Second Round, which will also serve as the first official meeting between the two clubs before their league encounter on June 1.

Elsewhere, there are intriguing potential draws for other Championship clubs, with the Charleston Battery set to face the winner of the all-League One clash between Greenville Triumph SC and South Georgia Tormenta FC in the First Round. Current Eastern Conference-leader Saint Louis FC could square off with USL League Two’s Des Moines Menace for the first time since their inaugural meeting in the competition in 2015, while the Tampa Bay Rowdies will play host to either the Lakeland Tropics or The Villages SC of USL League Two at Al Lang Stadium.

Two powers from their respective leagues have the possibility to meet as two-time defending USL Cup champion Louisville City FC would welcome League Two’s Reading United AC to Lynn Stadium on the campus of the University of Louisville should Reading advance past Philadelphia Lone Star. Indy Eleven will also remain at home as it heads to the Sellick Bowl on the campus of Butler University, where it could face League One’s Lansing Ignite FC and former player Nathan Lewis, while North Carolina FC could play host to League One’s Richmond Kickers at Sahlen’s Stadium at WakeMed Soccer Park.

Two expansion sides could square off with the Championship’s El Paso Locomotive FC slated to play League One’s Forward Madison FC should Madison advance through its matchup against Bavarian SC, while Las Vegas Lights FC Head Coach Eric Wynalda could lead his new side into a meeting with former club and regional qualifier Cal FC at Cashman Field.

Every game of the 2019 Lamar Hunt U.S. Open Cup will be broadcast live on ESPN+.