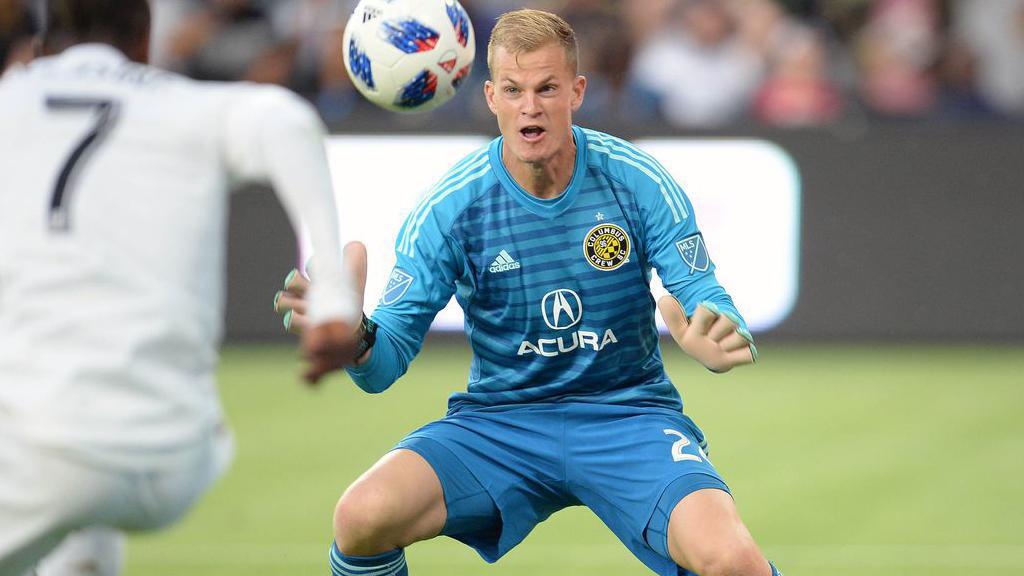 Columbus Crew SC goalkeeper Jon Kempin has made 31 appearances on loan in the USL Championship during his career prior to his arrival at Hartford Athletic. | Photo courtesy Columbus Crew SC

HARTFORD, Conn. – Hartford Athletic announced on Thursday it had acquired goalkeeper Jon Kempin and midfielder Luis Argudo on loan from Major League Soccer’s Columbus Crew SC. Both players will be available for selection this Saturday when the Athletic visit Pittsburgh Riverhounds SC at Highmark Stadium.

A former United States U-23 international, Kempin made five starts and recorded 10 saves for Crew SC in the 2018 season. The Kansas native has made 19 appearances overall in Major League Soccer, having entered the professional ranks as a homegrown signing with Sporting Kansas City at the age of 17 before joining the LA Galaxy for the 2017 season.

While with Sporting Kansas City, Kempin also spent time on loan with OKC Energy FC, which was then coached by current Athletic Head Coach Jimmy Nielsen. In addition to his appearances in MLS and the Lamar Hunt U.S. Open Cup, Kempin has made 31 appearances on loan in the Championship, recording nine shutouts and 100 saves over the past five seasons.

Argudo made his professional debut in 2018 as he recorded 18 appearances and six starts for Crew SC. The 23-year-old was selected in the Third Round of the 2018 MLS SuperDraft after featuring collegiately at Wake Forest where he recorded nine goals and 10 assists in two seasons for the Demon Deacons. In addition to his collegiate career, Argudo also competed in USL League Two for the Carolina Dynamo before joining the professional ranks, where he recorded two goals in 10 appearances for the side.