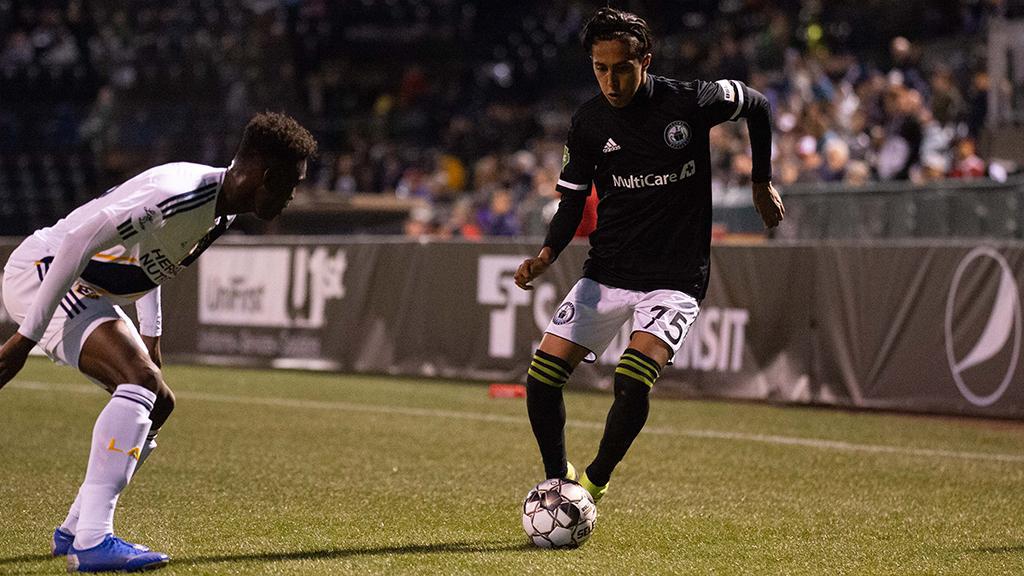 On Tuesday, the United States Youth international made another piece of history as the 15-year-old became the youngest signing in Seattle Sounders FC history. Leyva is the club’s 12th Homegrown signing overall and follows current Sounders FC players Nouhou Tolo and Jordy Delem in making the move up from the Defiance.

“We are pleased to announce the signing of Danny Leyva, not only in the sense of adding a quality player to our roster, but as a marker of our commitment to youth development overall," said Sounders FC General Manager & President of Soccer Garth Lagerwey. "Danny has impressed us since entering our Academy a couple years ago and has only further proved himself over the past few months while playing with Tacoma Defiance and throughout Sounders FC's preseason. We are excited to continue his progress and see what he can bring as a member of our First Team.”

Leyva has started four of five appearances in 2019 for Tacoma in the USL Championship, logging 354 minutes. He has an 83.5-percent passing accuracy on a team-high 254 total passes, while also ranking among the team leaders with four tackles won and 19 duels won.

“At this club we try to reward players that earn a roster spot within the group, and Danny Leyva is no exception. If a player is good enough, regardless of age, we will give him a look," said Sounders FC Head Coach Brian Schmetzer. "The coaching staff feels he is ready to participate in all First Team training, and if he continues to work and progress we will include him in games. I am very pleased with his overall commitment to the club, his training habits, and his ability to understand the concepts we are trying to implement this year. He has a wonderful opportunity to work with Gonzalo Pineda, who mentored Cristian Roldan as a player, and play with the many talented players we currently have on the roster. Danny seems eager to learn and is a very coachable kid.”

Leyva joined the Sounders FC Academy from his local select club, Barcelona Las Vegas, in 2017, playing with the club's U-15 and U-17 teams last season (2017-2018) and compiling 11 goals and 13 assists across all competitions. He began playing two years up with the U-17s during the first round of 2018 Generation Adidas Cup, which Sounders FC won. He went on to feature in every postseason match as the U-17s collected the club's first-ever U.S. Soccer Development Academy national championship.