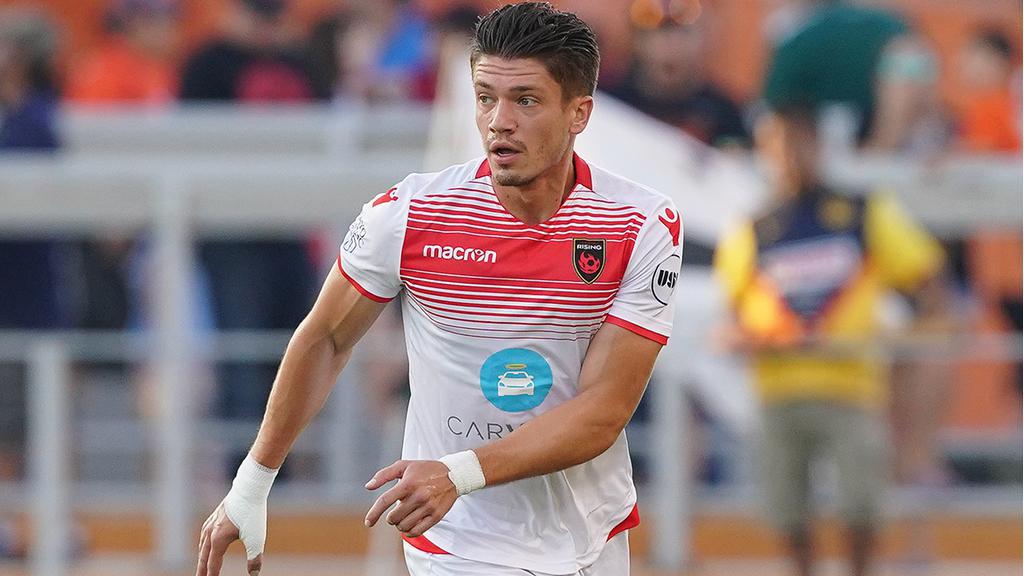 The 27-year-old made the move to Energy FC from 2018 USL Championship Western Conference Champion Phoenix Rising FC where he recorded 31 appearances, scoring one goal while winning 75 percent of his tackles during 2,699 minutes of action.

Da Fonte has previously played in Major League Soccer with the Colorado Rapids, and played for USL Championship clubs Sacramento Republic FC and the New York Red Bulls II. Prior to his time in the professional ranks in the United States, the defender played for Portuguese clubs S.C. Espinho and Pedras Salgadas.

“He’s had a number of good seasons with New York Red Bulls II and Sacramento Republic FC, and I know him personally from our time at Colorado Rapids,” said Energy FC Head Coach Steve Cooke. “He is incredibly versatile and can play in a number of positions. Last season, people will remember him from being an anchor-type player in a very good Phoenix Rising team. He’s a fighter, he’s a warrior, he’s somebody who does his best every day and he’s somebody who wants to win championships. He brings a winning mentality to the group which we will need to reach our goals.”

Energy FC also announced on Thursday that defender Nicolas Taravel had suffered a torn Anterior Crucial Ligament and is expected to undergo surgery.

The defender returned to Oklahoma City following the incident, which took place in the first half of Sunday’s match against Sacramento Republic FC. Upon his arrival, an evaluation and an MRI scan was performed by doctors at Mercy Hospital Oklahoma City.

Taravel, an offseason signing from Grenoble Foot 38 of France’s Ligue 2, had played every minute of the season, making 18 clearances and completing 83.3 percent of his passes.