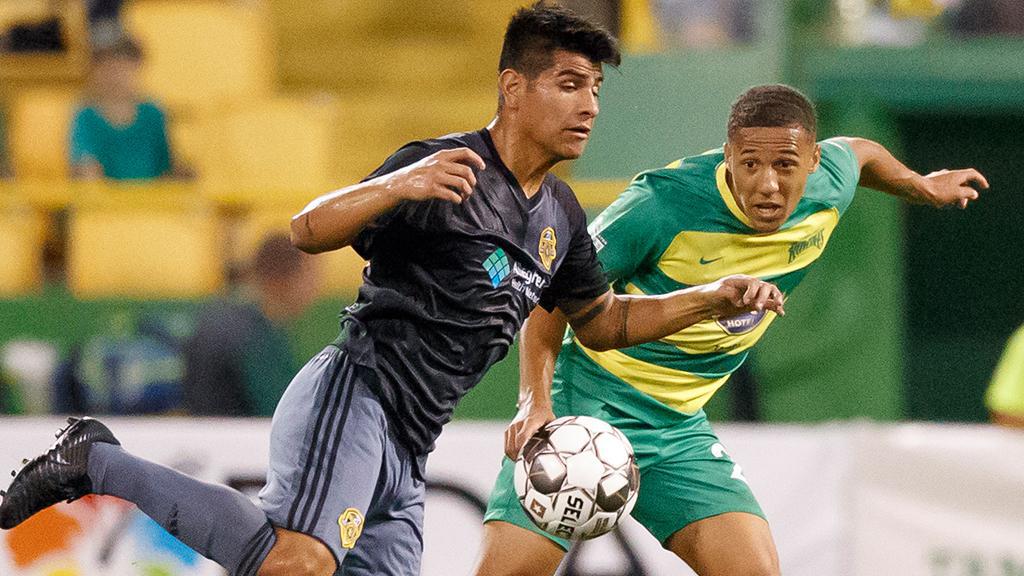 PITTSBURGH – Having stepped onto the field at Children’s Mercy Park two minutes prior as a last roll of the dice by Pittsburgh Riverhounds SC Head Coach Bob Lilley, being handed the ball for a game-deciding penalty kick in stoppage time was quickly the biggest moment of Anthony Velarde’s young career.

But the rookie from California didn’t let the moment overawe him. Instead, his left-footed shot went low and true into the left corner of the net, sending Swope Park Rangers goalkeeper Adrian Zendejas the wrong way.

It was an illustration of the trust that newcomers to the Hounds this season like Velarde and fellow first-year pro Caleb Smith have quickly earned within the locker room as they look to find their path to success this year.

“I was a little bit nervous at first but then after I stepped up, I had full confidence because I knew my coach and my teammates believed in me,” said Velarde.

As the player who broke the PacWest Conference’s all-time career assist record with 44 career assists who also notched 46 goals at Fresno Pacific, it was still no easy task to step onto the professional field only for the second time with the difference between a loss and a point on his shoulders.

But the demands of stepping up his game on a daily basis since signing with the Hounds have put Velarde in position to succeed. With the track record Lilley brings as not only a successful head coach but also as a player who can help players maximize their ability, Velarde believes his new environment is ideal for pushing his career forward.

“I think it’s more demanding, more pressure, faster-paced,” said Velarde. “It’s a different aspect of the game and it’s a big difference from college. It’s been a good adjustment, and I’ve been adjusting well, so hopefully it keeps getting better and better from here.”

Velarde isn’t the only rookie on the Hounds this season, with Caleb Smith having earned his chance after impressing while on trial in preseason. The lone player to be signed by the Hounds out of the 14 that arrived for a three-week stint during the club’s pre-season, Smith is recording the ever-changing journey in his first professional in a diary featured by TopDrawSoccer.com. 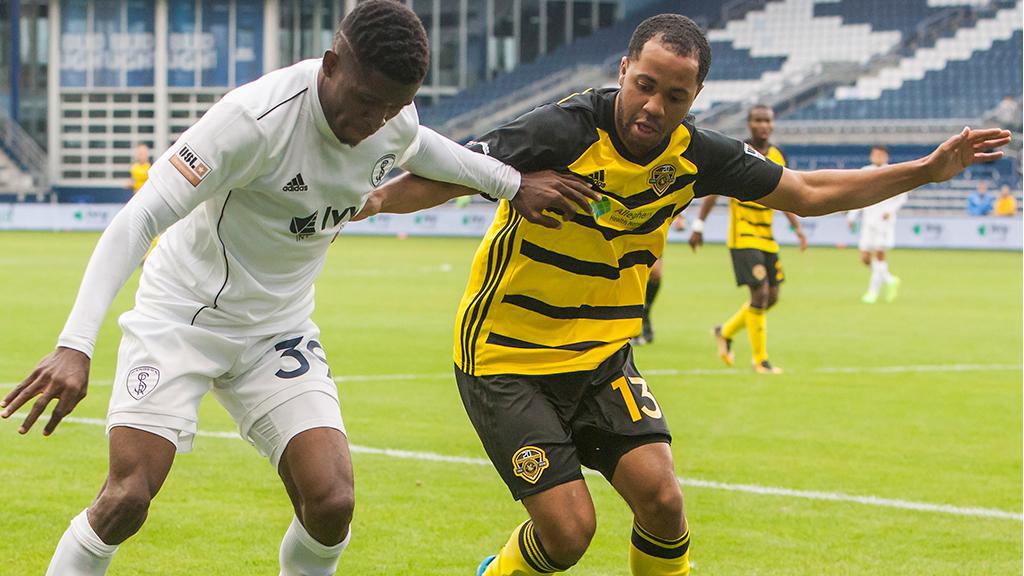 Having played predominantly as a midfielder during his 67 appearances at Southern Methodist University, Smith is finding his way in a more defensive role for Lilley as he steps into the professional ranks. The 22-year-old made his professional debut against the Rangers, coming on as a second-half substitute, and is now looking ahead to Saturday’s rivalry clash with Bethlehem Steel FC with a clearer mind as to what he and the side are going to look to accomplish as they aim for their first win of 2019.

“I think just playing quicker and trying to keep possession for longer parts of the game,” said Smith. “We have a lot of technical players, so I think when we have the ball you want to make the defenders chase and try to play our game, break lines and score a lot of goals.”

As with Velarde, the Arlington, Texas native is also getting used to his new home. That’s been helped by the presence of numerous experienced veterans in the Hounds’ squad, which has helped Smith make the adjustment to a new locker room, even though the chilly weather around western Pennsylvania is still taking some getting used to for the Texas native.

“A lot of veteran guys put their arms around us rookies and really show us how to be a pro,” said Smith. “I live with Jordan Dover and I think he’s been a pro for three years. He’s been really important for me.”

As the Hounds’ depth figures to be tested over the course of a long season, the contributions new faces like Velarde and Smith can provide could make an important difference as Pittsburgh bids for a second consecutive postseason berth.

But after notching his first goal in the professional ranks, Velarde at least has started making good on his preseason promise.