901 FC brings Adams aboard on loan from Fire; Reno adds to defense with SuperDraft selection 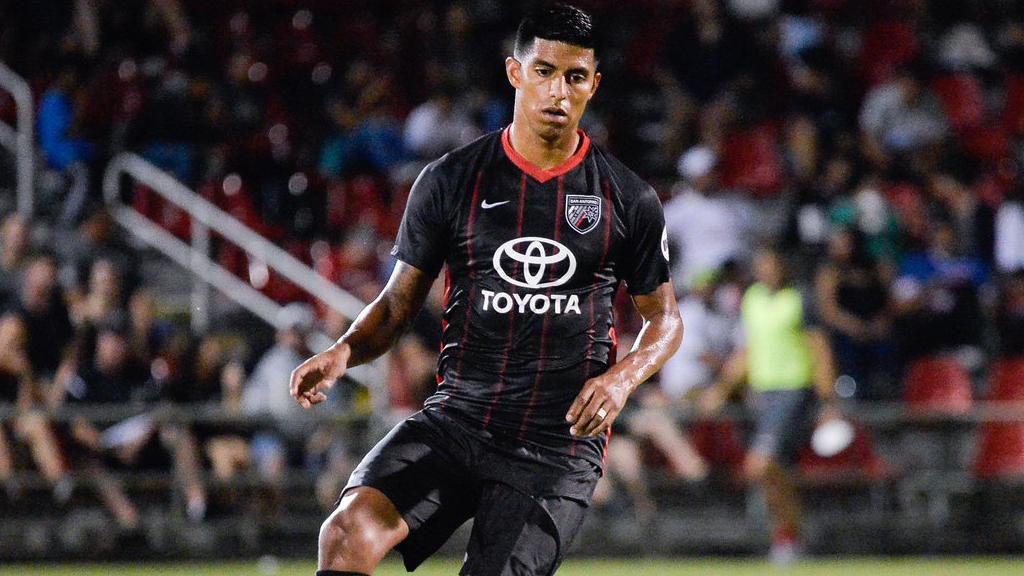 This will be the second stint Hernandez has spent on loan with SAFC. The Guatemala international appeared in six USL Championship matches while on loan in 2018, compiling 537 total minutes played. The defender recorded 15 clearances, 10 tackles, nine interceptions, three blocks and an 80.5 percent passing accuracy rate in his six matches with San Antonio.

“We want to thank FC Dallas for allowing Moises to join us on loan,” said SAFC Head Coach Darren Powell. “We are pleased that he is back to join the team and we are hoping to see him progress on his performances for us last season. He is ready to go after a successful preseason with FC Dallas and is available for selection straight away.”

Hernandez first joined FC Dallas in 2010 along with Victor Ulloa and Ruben Luna as the club’s second, third and fourth ever Homegrown players. Hernandez spent time on loan with Comunicaciones and Deportivo Saprissa (Costa Rica) before making his FC Dallas first-team debut in 2014. Overall with the MLS side, the defender has appeared in 31 matches, tallying 2,084 minutes while recording two assists and 10 shots. Hernandez also appeared in two MLS playoff matches in 2014, totaling 175 minutes over two starts.

The 26-year-old has represented the United States at the U-20 level but has since made 15 appearances with the Guatemalan national team in World Cup Qualifiers, CONCACAF Gold Cup matches and international friendlies. He made his debut for Guatemala in 2015.

“I’m very happy and excited to be back in San Antonio,” said Hernandez. “This club treated me very well while I was here for a short period last season and my family and I are thrilled to be here again.”

MEMPHIS ADDS ADAMS FROM FIRE: Memphis 901 FC announced on Thursday it had acquired midfielder Mo Adams on loan from the Chicago Fire and signed defender Jacob Hauser-Ramsey. Both players will be added to Memphis’ active roster pending league and federation approval.

Adams was the No. 10 overall pick in the 2018 MLS SuperDraft and made 10 starts in his debut season with the Fire. The Nottingham, England native played for USL League Two side Reading United AC prior to be drafted by the Fire along with Boston United from 2015-16.

“Mo Adams is an exceptional player that I’ve tracked for a number of years,” said 901 FC Head Coach Tim Mulqueen. “He’s a starter in Major League Soccer so we expect him to come here and have a big influence both on and off the pitch not only in his play, but in his leadership.”

Adams spent his youth career with English professional sides Nottingham Forrest (2008-13) and Derby County (2013-15) prior to playing a season collegiately at Syracuse University.

He was named team captain for the Orange and scored once in 16 appearances in his lone season in upstate New York. Adams earned All-Atlantic Coast Conference Second Team honors along with being an academic standout off the pitch.

Hauser-Ramsey was picked 42nd overall in this year’s draft by the Colorado Rapids out of the University of Connecticut where he played alongside 901 FC goalkeeper Scott Levene.

A former forward, Hauser-Ramsey played in the defense at UConn from 2016-18 following a transfer from Tyler Junior College. In all, Hauser-Ramsey made 75 starts in 76 games played in college scoring once and recording three assists.

RENO BOLSTERS BACK LINE: Reno 1868 FC has added to its defensive corps for 2019, announcing on Thursday it had signed defender Nathan Aune, pending league and federation approval.

Aune joins the club after being selected by the San Jose Earthquakes with the 50th pick of the 2019 MLS SuperDraft. Before being drafted, the defender was a four-year starter at Seattle University and also spent time with Crossfire Premier of USL League Two from 2017-2018.

“Nathan is another player who we’ve followed for a few years,” Reno Head Coach Ian Russell said. “He’s excellent in the air, a powerful center back, reads the game really well, and we’re looking forward to watching him make an impact here in the next year or two.”

Over his collegiate career, Aune notched six goals, had one assist and made 79 starts in his 80 appearances. His senior year, Aune was named to the All-Western Athletic Conference First Team as well as the United Soccer Coaches All-West Region Second Team.