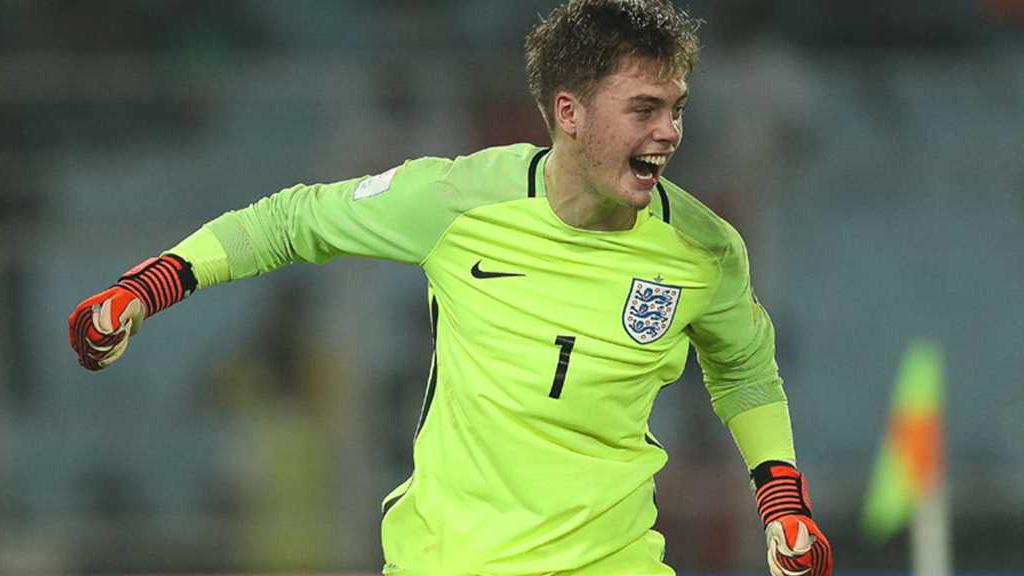 CHARLOTTE, N.C. – One of the world’s top young goalkeepers has joined the USL Championship’s Charlotte Independence, as England youth international Curtis Anderson was unveiled as the club’s latest signing from the Premier League’s Manchester City on Tuesday.

The 18-year-old Anderson arrives in Charlotte having helped England claim the 2017 FIFA U-17 World Cup. He is the second high-profile arrival to join the Independence this season, following the loan signing of 2018 MAC Hermann Award-winner Andrew Gutman from Celtic FC.

“When I heard that Charlotte Independence were interested in signing me, I quickly decided that this was too good an opportunity to miss out on,” said Anderson. “Especially the chance playing in senior football for the first time in my young career.”

“Curtis is an excellent young goalkeeper,” said Independence Head Coach Jim McGuinness. “We’re very fortunate to bring in a talent that has a lot of high-profile youth experience at the club and international levels.”

The native of Barrow-in-Furness started six out of seven games for England on its way to claiming the FIFA U-17 World Cup in India, including every game of the knockout stage. Anderson recorded two clean sheets and even converted from the spot in a 5-3 penalty shootout win against Japan during the Round of 16.

Having joined Manchester City’s youth academy aged 11 years old, Anderson has competed for the club’s U-23 side in the Premier League 2 and the UEFA Youth League, while also having trained with City’s First Team. He will now get the chance at his first senior professional action with the Independence.

“I spoke with the manager Jim McGuinness,” said Anderson. “His enthusiasm and positivity in wanting me to be part of his plans just convinced me even further that this is a move that could possibly help me develop my career more quickly than I could in England.”