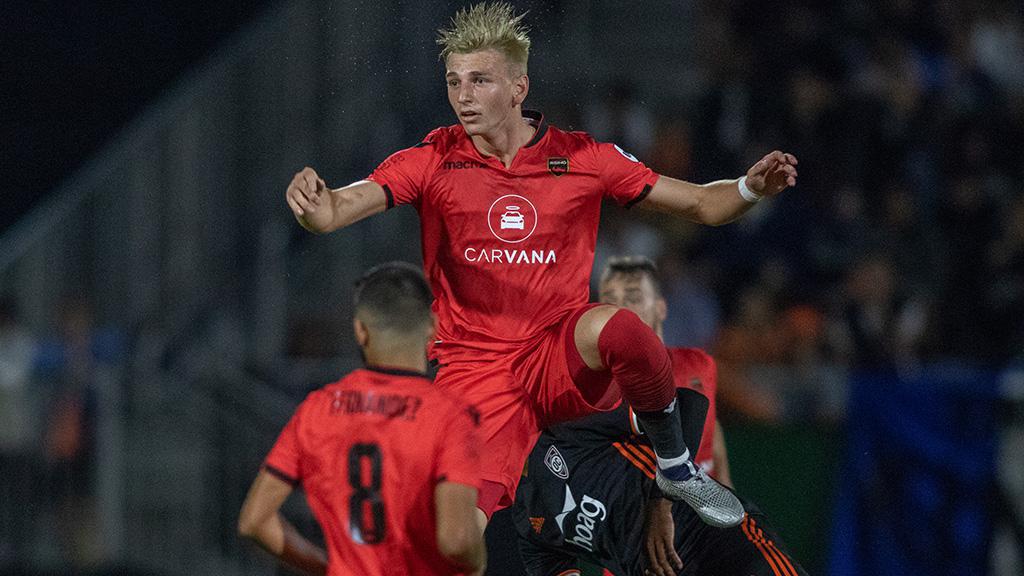 Defender Tristan Blackmon made eight appearances for Rising FC last season and was a starter for the side in the 2018 USL Cup. | Photo courtesy Liza Rosales / Orange County SC

PHOENIX – Phoenix Rising FC announced on Thursday it had acquired three players on loan from Major League Soccer’s Los Angeles FC, with defenders Shaft Brewer Jr. and Tristan Blackmon and forward Josh Perez returning to the club for a second season and midfielder Javier Perez arriving for the first time.

LAFC will retain the right to recall all three at any point during the MLS regular season. The loan agreements are pending league and federation approval.

Blackmon made eight appearances for Rising FC in the 2018 season and was part of the starting lineup in both Phoenix’s Western Conference Championship victory against Orange County SC and the 2018 USL Cup against Louisville City FC. The 22-year-old posted an 81.7 percent passing accuracy rate in his time with the club while also recording 30 clearances and 15 interceptions.

Brewer, who has previously competed for the United States U-20 National Team, made 10 appearances for Phoenix a season ago, while Josh Perez made one appearance during a brief loan stint with the club.

The lone newcomer, Javier Perez, was selected with the 64th overall selection by LAFC in the 2019 MLS SuperDraft. A product of CF Valencia’s academy, the Spaniard moved stateside to attend college at the University of Pittsburgh after earning a scholarship through David Villa’s DV7 Soccer Academy. He saw action in five of LAFC’s six preseason matches.