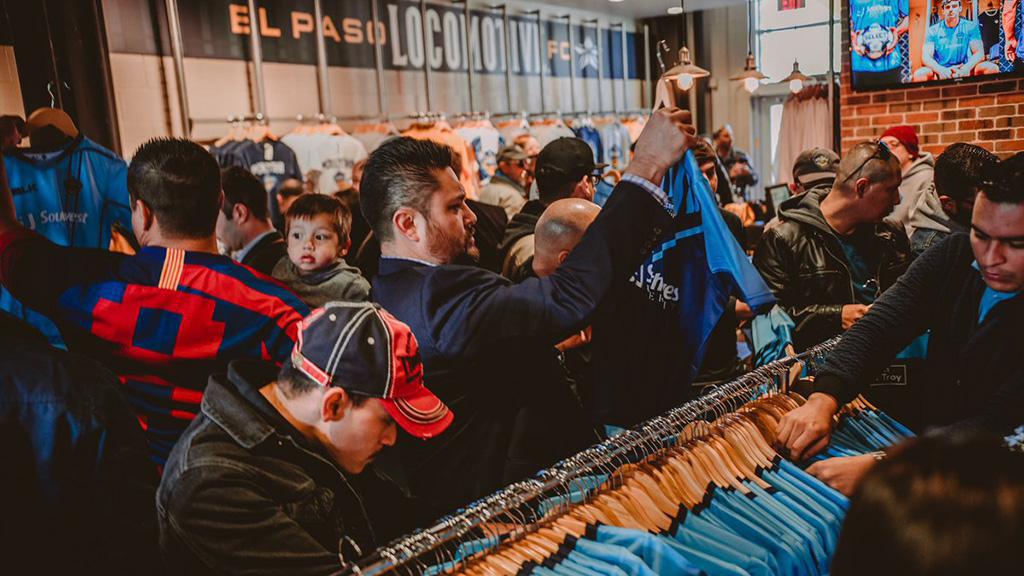 EL PASO, Texas – Growing up as a sports fan in the United States in the 1980s and early 1990s, it could be expected that the days and nights would be filled by watching and emulating Magic Johnson or Ozzie Smith.

In El Paso, however, there was one sport that sat head and shoulders above the rest for a young Joe Rodriguez.

“Growing up, soccer was the thing to do,” said ESPN El Paso’s Rodriguez this week. “I think after the ’94 World Cup, when soccer really started taking off, there was a sense that the rest of the country had a lot of catching up to do… but it was already a way of life here in El Paso.”

That’s why it shouldn’t have come as any surprise on Thursday when new USL Championship side El Paso Locomotive FC announced the first regular-season game in the club’s history this Saturday at Southwest University Park against OKC Energy FC (9:30 p.m. ET | Match Center | ESPN+) had sold out two days in advance of kickoff.

That news, and the way the club has been received since it was unveiled last March, sums up a passion for the game that has existed within the culture of the city ever since Rodriguez was first kicking a ball around as a child in the mid-1980s. The makeup of the city, which in 2017 was estimated to have a Hispanic population of 82.7 percent, is certainly influential, and it’s set to be a big factor in the fervent atmosphere onlookers can expect at Locomotive FC games this season.

“I think you’re going to see a different kind of passion, a different and a very unique kind of environment and atmosphere at the Locomotive’s game because of that geographical proximity to the border,” said Rodriguez. “I think that Latin, Hispanic, Mexican-American—whatever you want to call it—presence, will be very evident in the Locomotive’s game, and you’re therefore going to get a fanbase that’s very passionate and very, very knowledgeable. I’m perfectly well aware that sometimes liking soccer, it’s benefited because it’s a trend, because it’s a trendy thing to do. This fanbase here, I don’t think it’s going to be a trend, I think it’s going to be an authentic passion to support the team.”

That culture was evident to Phil Baki when he arrived in El Paso after being stationed at Fort Bliss earlier this decade. Having grown up on the outskirts of Chicago, Baki’s introduction to the game arrived two decades after Rodriguez’s – a friend invited him and others to watch “the Super Bowl of soccer,” which turned out to be the historic 2005 UEFA Champions League final between Liverpool and A.C. Milan and hooked Baki for life – but the passion he found for the game in El Paso was something different to what he had experienced previously in terms of a pervading cultural presence.

“I think the first thing is the culture has always been there in that there has always been a love of the sport,” said Baki, who is now looking to settle in El Paso as his military career winds down. “It’s played by basically everyone in town, so the soccer culture is certainly there, but the fact that now there is FC Juarez on the other side in the second division in Mexico and trying to get to Liga MX and having El Paso Locomotive as an independent team that is El Paso’s team, I think people understand that they don’t have to look to Los Angeles or Dallas or Phoenix for professional sports, we can foster our own teams here.

“We aren’t a city that has to be subordinate in pro sports. El Paso is seizing that opportunity with Locomotive and embracing it because it’s ours and it’s a professional team that represents that.” 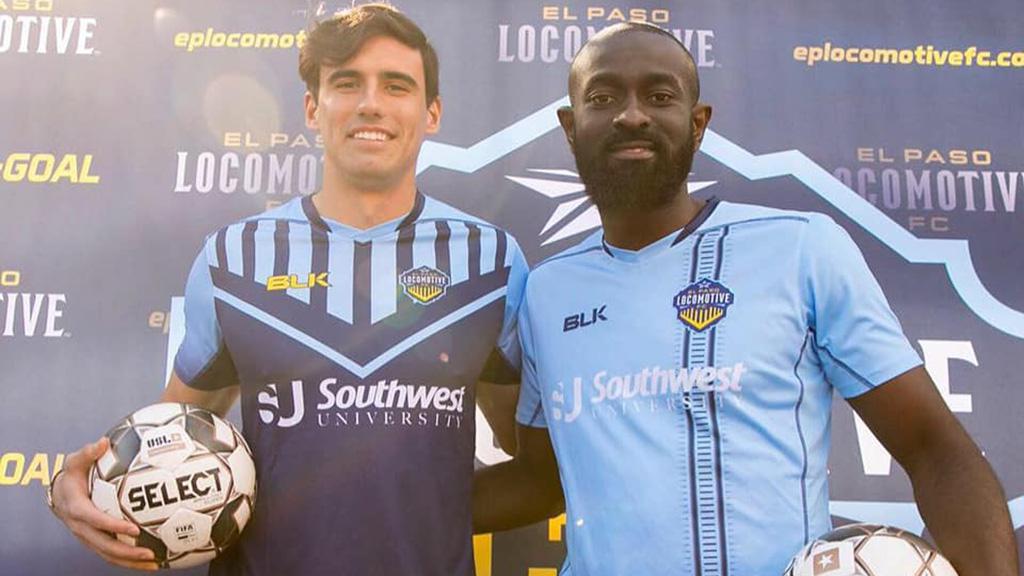 The presence of FC Juarez on the other side of the United States-Mexico border and other Mexican clubs that preceded it has meant professional soccer has always had a traditional presence for El Pasoans. From the Club de Fútbol Cobras founding in 1985, to its antecessor Indios – which in 2008 earned a place in Liga MX and reached the semifinals of the Liguilla in the 2009 Clausura – and now FC Juarez, fans have had professional soccer on their doorstep. Rodriguez estimates that at least 25 percent of the crowd at FC Juarez’s home games live in El Paso, while that number was as high as 35 percent when Indios was in the top flight.

That being said, the expectation is that Saturday’s sellout for Locomotive FC won’t be a one-off. Rodriguez believes there will be a good section of crossover between fans of El Paso’s newest arrival and FC Juarez, and that Locomotive FC will have the backing of those fans who prefer not to make the trip to the Estadio Olimpico Benito Juarez.

“This ownership group--what they’ve given soccer fans in El Paso is to be able to go and experience professional soccer here in El Paso,” said Rodriguez. “There’s a significant number of people who are soccer fans but just don’t go for whatever reason to FC Juarez. Now they’re going to be able to go to the Locomotive and I think that’s an additional advantage, and an additional amount of people who enjoy soccer who will now be able to enjoy it.”

Baki agrees, with he and others who established the supporters’ group the 8th Notch feeling the sense of build-up to Saturday’s game is creating something new within a city that is undergoing its own renaissance.

“There are so many people who I know here who have wanted something, and so that announcement and all of the subsequent announcements have been seized upon by so many people. They’ve just built a really impressive excitement, especially with this opening game on Saturday it feels like a new era,” said Baki. “It’s really a great time to be here because there is so much happening in the city even outside of USL and Locomotive, but this moment feels like a bit of a game-changer for the city.”

With the internal expectations that anything other than a place in the USL Cup Playoffs in Locomotive FC’s inaugural season will be a failure and the reputation of the Mountain Star Sports Group within the region through its success with FC Juarez and baseball’s El Paso Chihuahuas, there are high hopes that the team’s play will live up to the atmosphere its fans will generate this season. 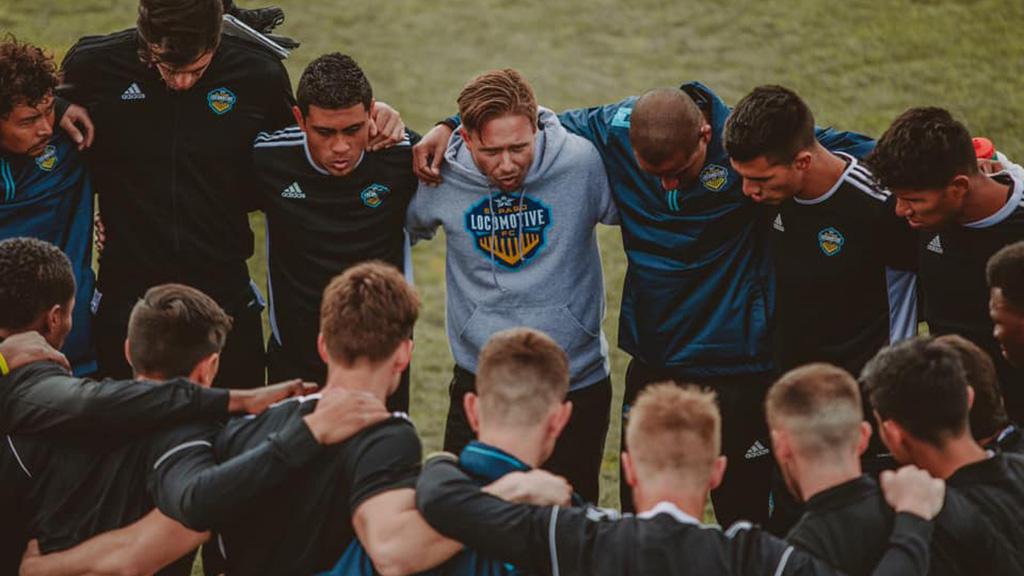 Locomotive FC Head Coach Mark Lowry and his squad will get a rousing reception on Saturday night when they take to the field for the first time in the USL Championship. | Photo courtesy El Paso Locomotive FC

More than that, though, Locomotive FC’s arrival in El Paso will bring a city that has a deep, historic connection to soccer a team it can call its own.

“I think it’s going to be an amazing night on Saturday,” said Baki. “I think the excitement shows in what they’ve been able to do in terms of ticket sales, and I think the building of that culture and showing that this is a serious sports town and not minor league, it’ll be impressive, I think, to people who’ll watch. They’ll hear the noise and the atmosphere and that’s something everybody here is excited to create.”