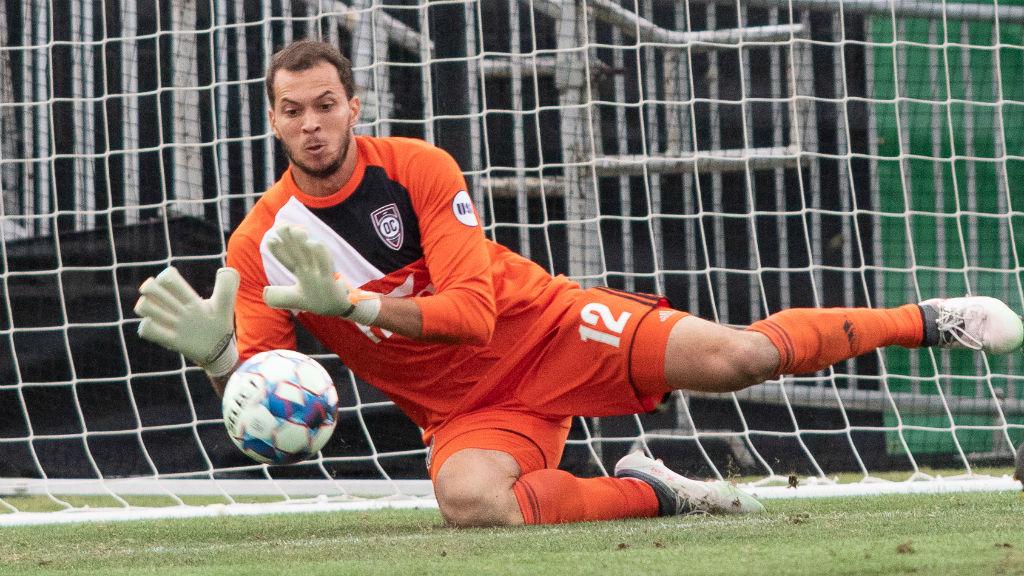 Rawls most recently played on loan with fellow USL Championship side Orange County SC, where he helped the club finish top of the Western Conference standings and reach the Western Conference Final of the 2018 USL Cup Playoffs. The 27-year-old goalkeeper recorded eight clean sheets in 26 regular-season appearances and two more during the USL Cup Playoffs. Rawls joined the Rapids this offseason after being selected third in the 2018 Re-Entry Draft in December.

“Andre is a big addition as a loan player from the Rapids to the squad,” said Switchbacks Head Coach Steve Trittschuh. “He brings experience and he had a lot of success last season on loan to Orange County. He has settled in great with the team and we expect a lot out of him.”

Hundley signed a homegrown contract with the Rapids in January, becoming the ninth Development Academy player to sign a first-team deal with the MLS club. The Colorado native spent last year at UCLA, where he made 19 appearances (14 starts) during his freshman campaign. In his only collegiate season, Hundley led the Bruins in scoring with five goals and seven assists as he was named to Top Drawer Soccer's Freshman Best XI.

“I have seen Matt play since he was 13 years old, so I am aware of his qualities,” said Trittschuh. “He has the ability to take defenders on and cause problems and create scoring opportunities. I look forward to working with him and to see his continued growth as a player.”

Per the right of recall incorporated in the loan agreement, the Rapids retain the right to recall Rawls and Hundley at any point during the MLS regular season, subject to MLS roster compliance guidelines.

Boskovic brings plenty of USL Championship experience to Ottawa, having made 55 appearances for Toronto FC II over three seasons with the club. Last season, the 20-year-old center back led the team with 175 clearances and 61 tackles in 30 appearances.

A product of the TFC Academy, Daniels signed as a homegrown player with the MLS side last April shortly before making his league debut against the Houston Dynamo. The 20-year-old also previously featured for TFC II, recording three goals, three assists and 33 chances created over 65 appearances with the side.

Hundal has also played with TFC II since the 2016 USL Championship season, having joined the TFC Academy from Brampton Youth Soccer Club in May 2014. Last season, the 19-year-old scored two goals and added three assists for the club in 24 appearances. Through his three seasons in Championship, Hundal has scored 15 goals and racked up four assists in 73 appearances.

HOUNDS ADD GOALKEEPER LUNDGAARD: Pittsburgh Riverhounds SC added a second goalkeeper to its 2019 roster on Wednesday as the club announced the acquisition of Ben Lundgaard on a season-long loan from MLS side Columbus Crew SC, pending league and federation approval.

Lundgaard was selected by Columbus with the No. 21 overall pick of the 2018 MLS SuperDraft but has yet to feature for the side after spending the 2018 season on loan with fellow Eastern Conference foe Indy Eleven.

The 23-year-old had a standout collegiate career at Virginia Tech, where he recorded 1.28 goals against average and a .774 save percentage in 70 starts. As a senior, the Wilmington, Delaware native earned First Team All-ACC and United Soccer Coaches All-East Region Third Team honors. In his four years with the Hokies, Lundgaard recorded 23 shutouts and 312 saves, which both ranked in the top five in program history.

“Ben is a big keeper with a lot of athleticism, and we’re excited to have him for the 2019 season,” Hounds Head Coach Bob Lilley said. “I expect him and Kyle Morton to give us a very strong goalkeeping tandem. We are appreciative of Columbus for this loan.”

LOS DOS LOAN IN PANAMANIAN MIDFIELDER: The LA Galaxy II boosted its midfield on Wednesday with the signing of 19-year-old Panamanian international Carlos Harvey on a season-long loan from Tauro F.C., pending league and federation approval as well as P-1 visa approval and receipt of his ITC.

The Panama City native made his professional debut for his hometown club last July. Internationally, Harvey earned his first senior cap for Panama’s National Team in a friendly against the U.S. Men’s National Team this January in Glendale, Ariz. Harvey also featured for his country in the 2018 Concacaf U-20 Championship, recording an assist in six appearances to help Panama qualify for the 2019 FIFA U-20 World Cup in Poland.

“Carlos is a talented and versatile, midfielder who even has the ability to play center back,” said LA Galaxy General Manager Dennis te Kloese. “We are pleased to add this defensive depth to LA Galaxy II’s roster and look forward to helping Carlos develop as a professional.”