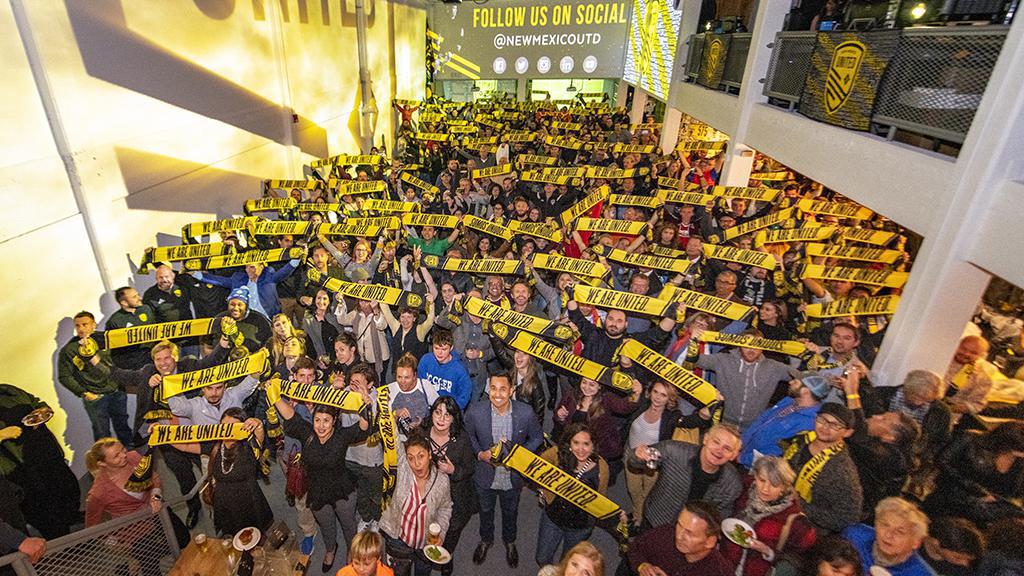 New Mexico United fans are expected to give the expansion USL Championship side a big reception when it kicks off its inaugural season at Isotopes Park on Saturday. | Photo courtesy Josh Lane / New Mexico United

TAMPA, Fla. – The arrival of the USL Championship is on course to be welcomed by sellout crowds in new markets this Saturday as Birmingham Legion FC, El Paso Locomotive FC, Memphis 901 FC and New Mexico United all host their inaugural regular-season games to kick off the biggest season in the league’s history.

“We’re extremely excited,” said USL President Jake Edwards. “We knew going in that each of these communities possessed a huge appetite for professional soccer, but we continue to be pleasantly surprised by the support being shown for our newest clubs. This should be a special weekend.”

Current projections for ticket sales at each venue point toward an electric welcome for each of the four clubs as they open their inaugural campaigns, with New Mexico United having announced on Monday it had passed 7,500 tickets sold for its clash with Fresno FC. The strong advance ticket sales have seen the club open the final three reserved seating sections at Isotopes Park, with the likelihood of a five-figure crowd on hand for NMU’s inaugural contest.

Also arriving in the Southwest for the new season is El Paso Locomotive FC, which is on course to welcome a standing-room-only crowd in excess of 8,000 fans to Southwest University Park for its meeting with OKC Energy FC. The groundswell of support at both of the new Western Conference clubs has come as no surprise to United Soccer League officials, who anticipated both markets would be welcomed warmly after their launches last year.

Big crowds will also be on hand for the league’s two new arrivals in the Southeast, with Memphis 901 FC looking forward to a strong crowd for the visit of the Tampa Bay Rowdies to AutoZone Park on Saturday evening. Birmingham Legion FC, meanwhile, is set to host a standing-room-only crowd of more than 5,000 fans at the newly renovated BBVA Compass Field when it faces Bethlehem Steel FC.

With the aid of its new arrivals – and strong home opener crowds expected at traditional Championship stalwarts Saint Louis FC, San Antonio FC and Sacramento Republic FC – the league overall is on course to surpass its record opening weekend attendance that saw almost 70,000 fans attend games on the opening weekend of the 2018 Championship season.