Algorithms at the Ready, who is 538.com’s Preseason USL Cup Pick? 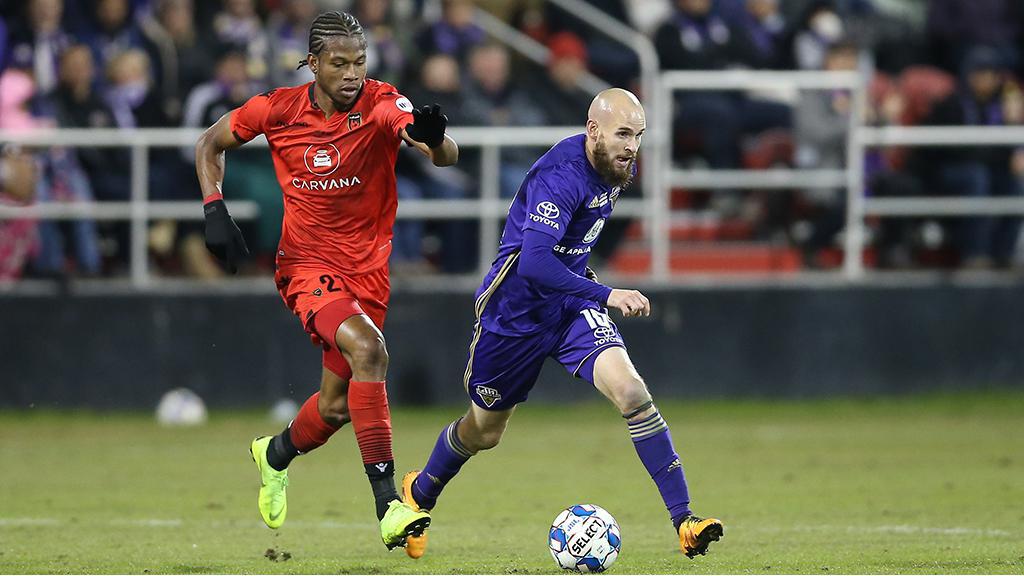 Are you one of those people that disagrees with USLChampionship.com’s John Arlia that Louisville City FC will fall short of a third consecutive USL Cup?

If that’s the case, you’ll be happy to see that predictive analytics side fivethirtyeight.com has installed the two-time defending champions as the narrow favorite to claim the title once again ahead of the season’s kickoff this weekend.

LouCity ranks as a 14 percent chance to lift the silverware for what would be a league record third time, leading a trio of clubs that sits in the top tier of prospective championship candidates. Joining Louisville in that category is defending Western Conference champion Phoenix Rising FC (12 percent) and arguably LouCity’s biggest rival for the Eastern Conference crown in Nashville SC (11 percent).

The second tier of clubs includes two teams that fivethirtyeight.com expects to have big bounce-back seasons after missing out on the postseason a year ago. In the Western Conference, OKC Energy FC is rated an 86 percent chance to reach the USL Cup Playoffs this year and a six percent chance to raise USL Cup, while in the East it’s the Tampa Bay Rowdies who sit at 81 percent to return to the postseason and five percent to lift the title.

The site also likes the experience on Austin Bold FC’s squad, rating Head Coach Marcelo Serrano’s side as the most likely expansion club to reach the postseason in its first season at 64 percent ahead of New Mexico United at 47 percent. On the flipside, the algorithm has yet to be impressed by Las Vegas Lights FC, which despite its offseason overhaul under Head Coach Eric Wynalda ranks just a 19 percent chance at the playoffs going into the season.

As well as picking last year’s finalists as the favorites to meet again in the USL Cup this year, fivethirtyeight.com also sees a narrow race between LouCity and Rising FC for the regular season championship, projecting both clubs to hit 65 points in the regular season. Louisville, meanwhile, enters the new season as the highest-ranked side in the world club rankings at No. 390, with Rising FC at No. 409 and Nashville at No. 437.